The creature has now been sent for analysis, including carbon dating, which will reveal its exact age. 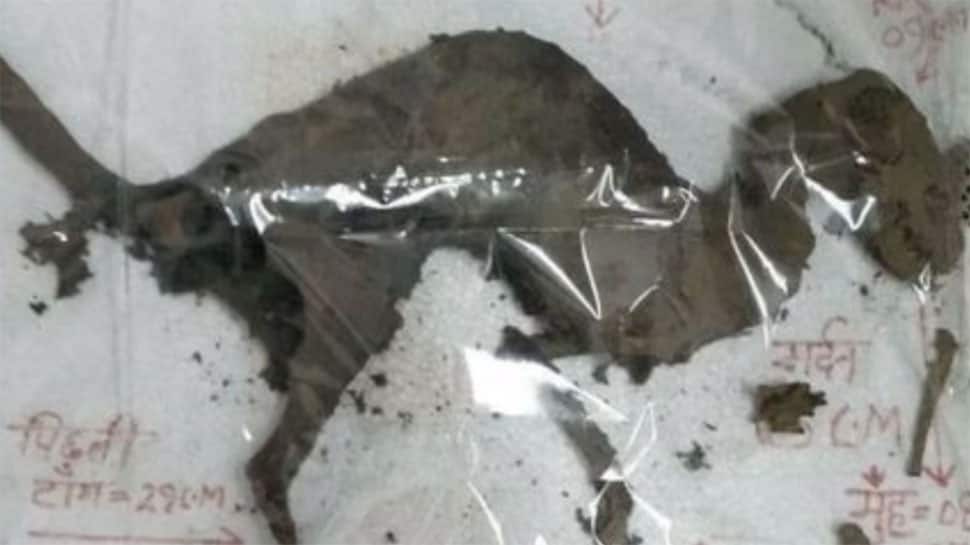 New Delhi: The Jurassic period is an era that every scientist and/or historian has been obsessed with. They are hooked on to the inhabitants of that time.

It is a long instated fact that dinosaurs existed millions of years ago. Numerous fossils found in recent years have only just made that belief stronger.

This new discovery has certainly sent scientists in a tizzy. An electrician, while cleaning out a sub-station that had been left untouched for years in Uttarakhand, India, stumbled across a partially preserved dinosaur-like corpse.

Scientists are completely baffled by the discovery and are struggling to identify the corpse which resembles a dinosaur.

The creature has now been sent for analysis, including carbon dating, which will reveal its exact age.

The shape of the creature has been likened to the Deinonychus, the Coelophysis and the Dromaeosaurus.

They are all types of theropods, a suborder of dinosaur that ranges in size from a T-Rex to an Anchiornis.

According to Express.co.uk, Dr Parag Madhukar Dhakate, a conservator with the Indian Forest Service, said that the creature would remain an enigma until scientific analysis had been completed.

He said: “It looks like a dinosaur, but we can't say anything until all the tests are done.”

Aaryan Kumar, a PhD student in Paleontology from Delhi University, said that it was impossible for a dinosaur skeleton to be so well preserved after so long.

He said: “Non-avian dinosaurs have been extinct for the past 65 million years but it does resemble theropods, a suborder of dinosaurs which included bipedal carnivores.

“But a dinosaur skeleton could not have been found in such a well-preserved condition after millions of years without it being in a fossilized state.

“The only even slightly possible way is it was chemically preserved to store it in a museum. But if that was the case, how did it end up here?”

Dr Dhakate said the specimen had now been sent to Dr Bahadur Kotlia, a paleontologist at Kumaun University, for historical analysis.

There have been suggestions that the corpse could be a distorted animal foetus from within the goat family, however, the mystery is still unsolved, Express.co.uk reported.

Meanwhile, the world's largest dinosaur tracks were made 150 million years ago by a big beast at least 115 feet long and weighing more than 5,500 stone, as per a new research.

First discovered eight years ago in the French village of Plagne, in the Jura Mountains, the discovery of the dinosaur tracks paved the way for a series of excavations at the site has uncovered other tracks, sprawling over more than 150 metres (492 feet).

They form the longest sauropod trackway ever to be found.

Isaac Newton, the artist? Graffiti sketched by scientist as a young boy discovered