The construction workers had detonated an explosive to break up a large boulder, but luckily, the fossilized eggs managed to survive the impact. 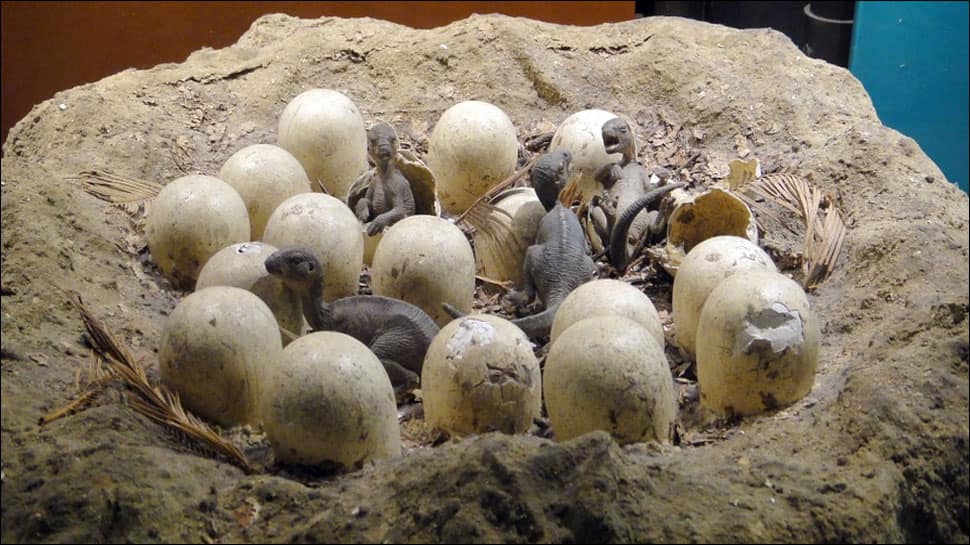 New Delhi: The Jurassic period is an era that every scientist and/or historian has been obsessed with. They are hooked on to the inhabitants of that time.

It is a long instated fact that dinosaurs existed millions of years ago. Numerous fossils found in recent years have only just made that belief stronger.

The latest discovery, however, takes the cake. While digging the foundations for a new school, construction workers stumbled upon a cluster of perfectly preserved dinosaur eggs.

Around 30 eggs were unearthed in the city of Guangzhou in China’s Jiangxi Province – an area affectionately termed China's 'hometown of dinosaurs' – and experts believe they are 130 million-years-old.

According to an article published in nature.com, the city, and surrounding area is 'one of the most productive oviraptorosaurian regions of the world' with seven oviraptorosaurian (feathered and bird-like) dinosaurs named after the region.

The construction workers had detonated an explosive to break up a large boulder, but luckily, the fossilized eggs managed to survive the impact.

As the workers began to gather the pieces of the broken boulder, they spotted a nest of eggs with some fragments of black shell – up to 2mm thick – laying among them.

While the builders suspected the objects to be dinosaur eggs, they weren't really certain so they contacted the local police station.

According to Mirror.co.uk, officers rushed to the site and cordoned off the area before notifying specialist ‘cultural relics protection' staff at nearby Dayu County Museum.

The staff identified the eggs as being about 130 million years old, putting them in the Cretaceous Period, which came immediately after the Jurassic Period.

Dinosaurs alive during the Cretaceous Period include the tyrannosaurus rex (T-rex), the feathered velociraptor and the three-horned triceratops.