The Doing Business assessment provides objective measures of business regulations and their enforcement across 190 economies.

India's leap of 23 ranks in the Ease of Doing Business ranking is significant considering that in the previous year, India had improved its rank by 30 places.

In the last three years, from 2015 to 2017, Andhra Pradesh and Telangana held the top position in ease of doing biz while Arunachal Pradesh remained at the bottom for three years in a row. 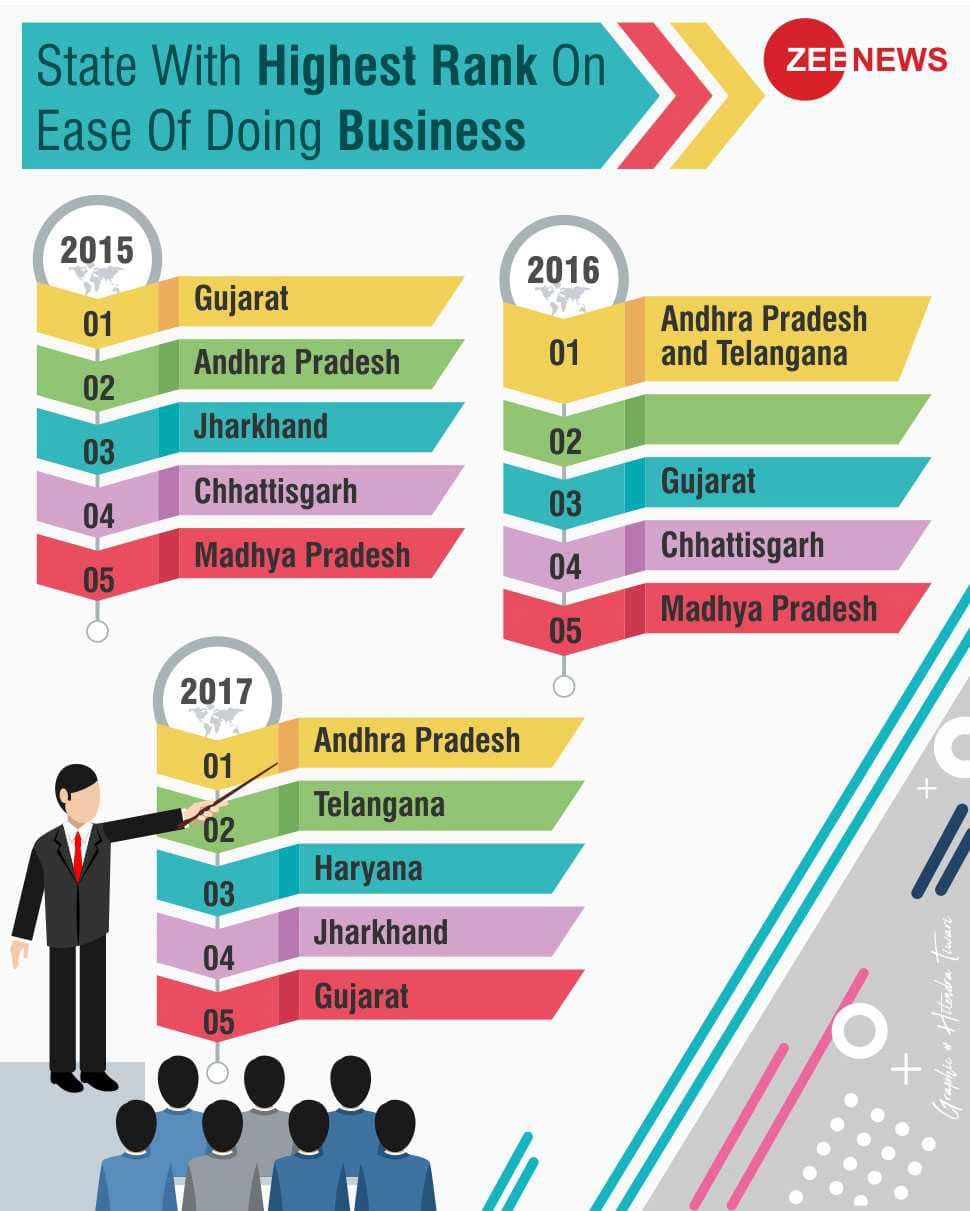 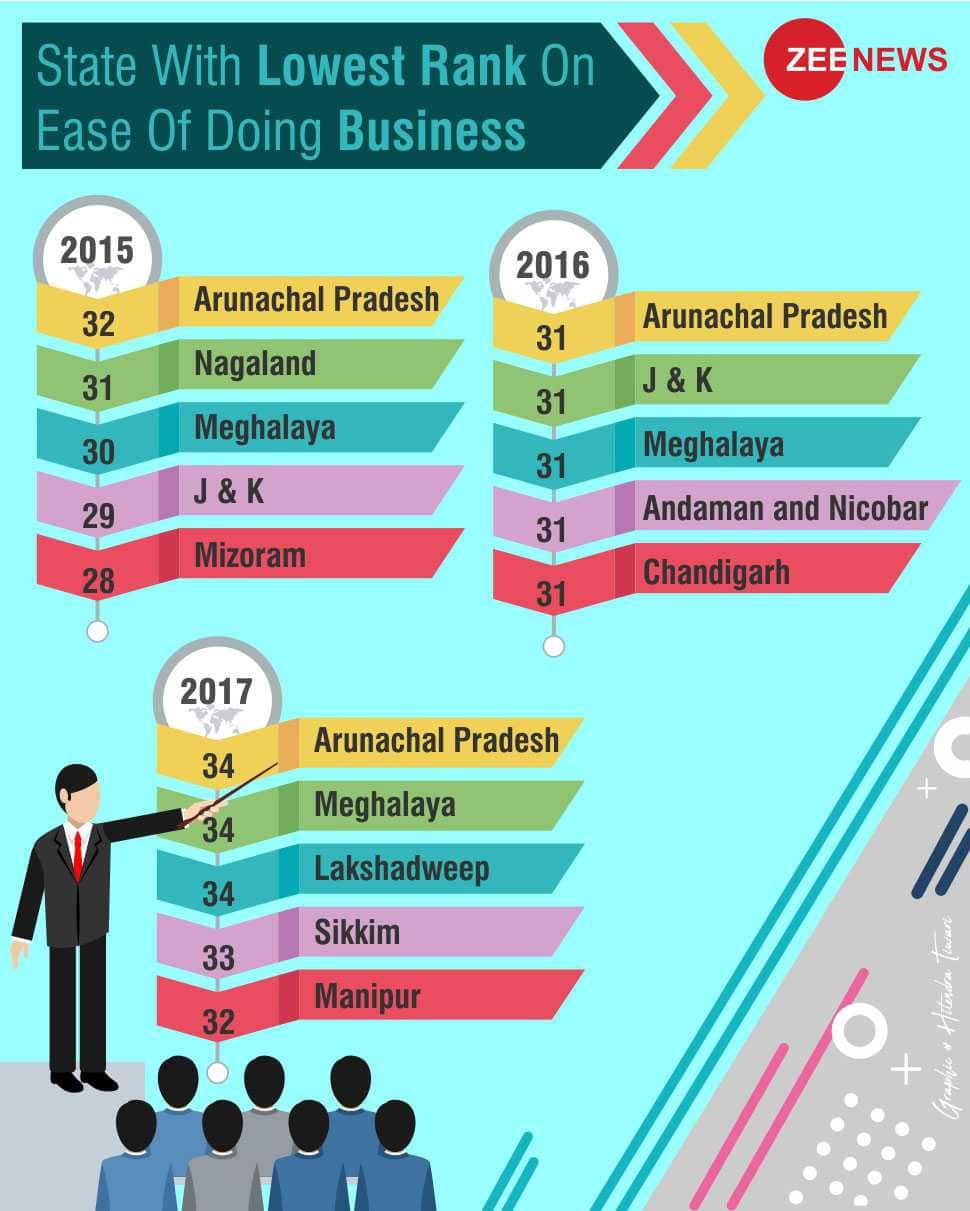 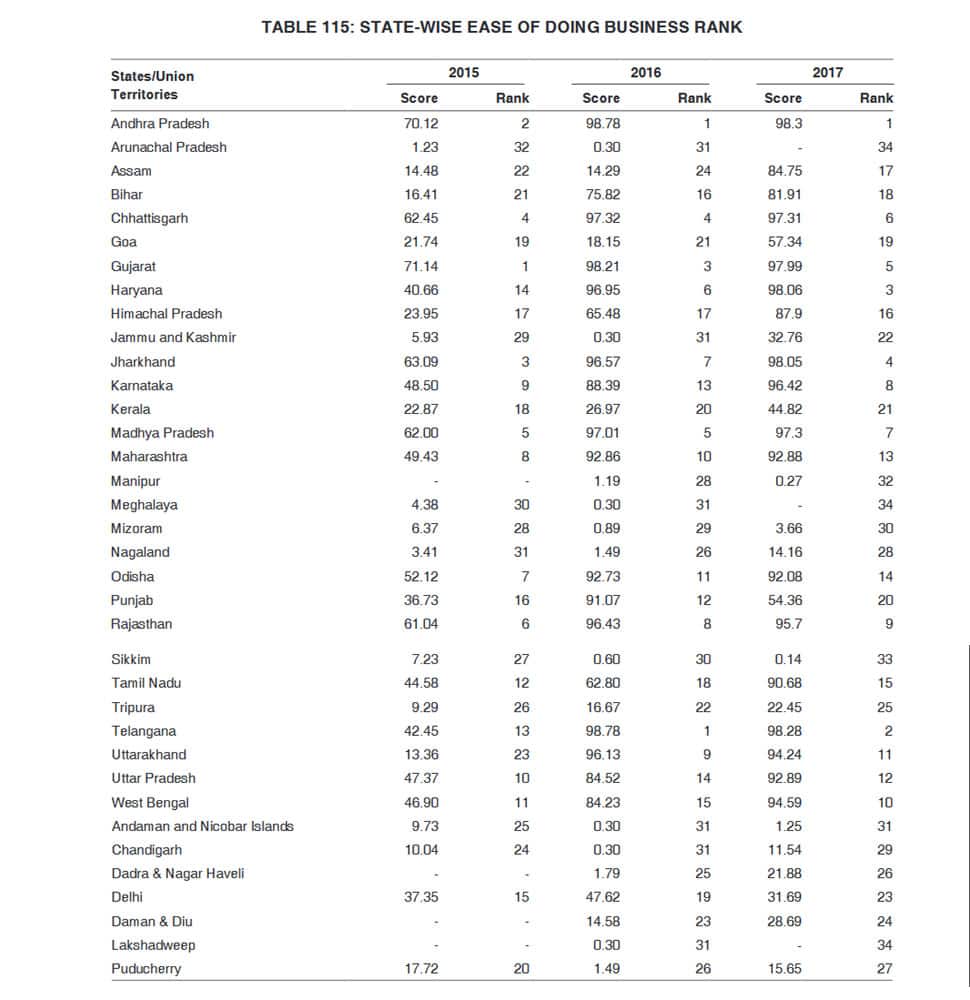 The Doing Business assessment provides objective measures of business regulations and their enforcement across 190 economies on ten parameters affecting a business through its life cycle.