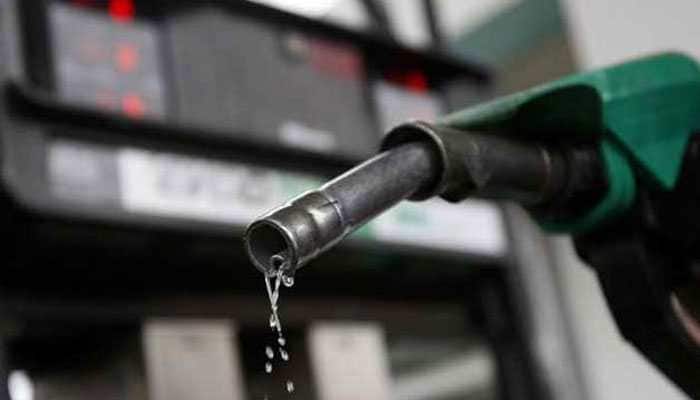 New Delhi: The government plan to more than double the number of petrol pumps in the country does not make economic sense as the number of outlets would only cut into each other's sale, leading to some unprofitable, Crisil Research said in a report Thursday.

"Apart from expansion spree by public sector OMCs, private players are adding fuel retail outlets as well. The joint venture between Reliance Industries Ltd and BP Plc, and Nayara Energy Ltd (formerly Essar Oil Ltd) have plans to add 2,000 pumps each in the next three years, whereas Royal Dutch Shell Plc is slated to add 150-200 petrol pumps over the period as well," the report said.

As the addition of pumps will also be followed by closures where throughputs are not at sustainable levels, private players are expected to effectively add 7,500-8,000 petrol pumps till fiscal 2030, based on their plans and the pump licenses they hold.

"The analysis shows that the economics do not support the addition of 78,000+ petrol pumps. CRISIL Research is of the opinion that there is only room for less than half, Ie about 30,000 fuel pumps, if the pumps are to maintain current throughput levels," the report said.

Throughput refers to per pump sale of petrol and diesel.

Crisil Research built scenarios, taking into account the investment for setting up a petrol pump and economics of the dealer owned dealer operated (DODO) model, to understand the number of outlets required to keep throughput at break-even levels.

"If only 30 per cent of the proposed petrol pumps are commissioned, ie about 30,000 fuel pumps, it would be able to meet break-even throughput over the next 12 years; pump throughput is expected to remain at current levels of 160+ kilolitres per month (KLPM), which will keep the dealer's returns stable at 12-15 per cent," it said.

However, at 50 per cent, pump throughput could decline below break-even for a few years and recover towards the end of the forecast period, provided the oil marketing companies do not add networks aggressively owing to already huge expansion in the previous years, and the absence of lucrative locations. Throughput will decline to 140 KLPM, but it will still be above break-even throughput, though returns will be affected to a certain extent.

"So if all the proposed pumps are commissioned, the throughput of dealers will be significantly affected, and operating the pumps, for all intents and purposes, will become unviable," the report said.

Of the 78,493 petrol pumps planned, about 68 per cent belong to the regular category (highway and urban areas), and the remaining 32 per cent is in rural areas.

"Stagnating fuel demand and deteriorating pump economics led to the closure or consolidation of pumps. This has translated into higher throughput per outlet of over 300 KLPM," it said, adding over 80 per cent of the petrol pumps are attached with convenience stores to keep the pump economics favourable amid slowing fuel demand.

"In comparison, India's throughput from 64,624 fuel retail outlets is about 160 KLPM, which is less than half of the US. The average throughput for public sector oil marketing companies (OMCs) is about 170 KLPM and while for private players, it is about 300 KLPM for RIL and Shell; however for NEL (Nayara Energy Limited), it is lower than PSU OMCs throughput," the report said.

The throughput for PSU OMCs is lower than private players, as private players are more concentrated on highways and urban areas. Public sector OMCs, on the other hand, also cater to the rural market, which has lower throughput.

For private players, who primarily have retail outlets along highways, their share in sales of diesel is projected to increase to 15 per cent over the next 4-5 years, from the current 9.2 per cent. Petrol's share, though, is expected to remain stable.

"But in the case of public sector OMCs, 32 per cent of the proposed pumps are to be set up is in rural areas. Hence, the added question is whether there is economic wisdom in a deepening rural push," it said, adding the demand for auto fuels in India is expected to be a moderate around 5 per cent CAGR up to fiscal 2023 vis-a-vis 6 per cent CAGR between fiscals 2011 and 2018.

Also, the substitution of petrol/diesel with compressed natural gas (CNG) is expected to increase in the coming years with the government aggressively pushing to develop gas infrastructure. The clear cost advantage of CNG over petrol/diesel in the transport segment would see traction towards CNG wherever the gas network is commissioned, especially from cab operators.

"We expect diesel demand substitution with liquefied natural gas (LNG) in the heavy vehicles segment as well, though development of the infrastructure for LNG fuelling stations has been extremely slow and there have been procedural delays," the report said, adding blunting a higher fuel demand growth trajectory is also the entry of electric vehicles.

"The impact from electric vehicles will be visible post fiscal 2023, which is expected to see growth because of better cost of ownership vis-a-vis diesel/petrol vehicles, infrastructure availability, and government push in the form of incentives and subsidies," it added.