The surprise 25 basis points rate cut to 6.25 percent is a measure to broad base credit growth across all the sectors of the economy that's gathering more steam now, the governor said. 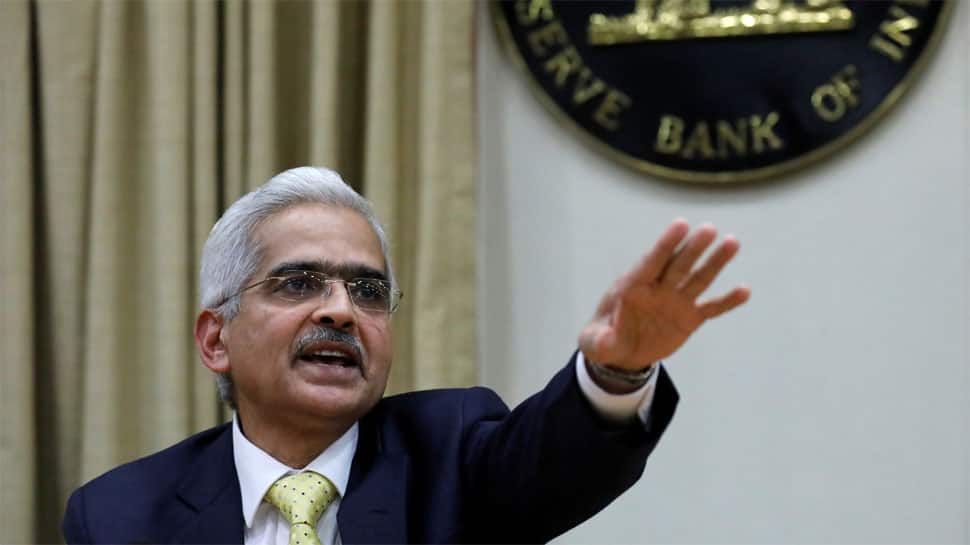 Mumbai: The Reserve Bank lowered the policy rate by 25 bps to make the most of the space offered by the softening in prices, and will deliver more on the rate front if its lower inflation estimates are achieved, governor Shaktikanta Das said Thursday.

The surprise 25 basis points rate cut to 6.25 percent is a measure to broad base credit growth across all the sectors of the economy that's gathering more steam now, the governor said.

"The favourable macroeconomic configuration that is evolving underscores the need to act now when it is most opportune...It is vital to act decisively and in a timely manner to address the objective of growth once the objective of price stability," Das told reporters in the customary post-policy press interaction which was his first after taking over on December 12, 2018.

The former finance secretary-turned governor explained that the price stability is defined as keeping the headline inflation number at the mandated 4 percent in the medium-term and asserted that the Monetary Policy Committee has not done anything beyond the provisions of the RBI Act.

When asked if there exists more room for further rate cuts, given the estimate of inflation trending at 3.9 percent in the third quarter of the next fiscal, Das seemed to reply in the affirmative.

"Over the next 12 months, if we see that inflation remains at 3.9 percent, maximum of 4 percent or below, then I think there is room to act," Das said.

He further said the budgetary impacts on fiscal slippage and consequently on inflation numbers have been taken on board while arriving at the new lower inflation targets.

Replying to a question, deputy governor Viral Acharya said it will not be fair to assess the today's rate cut as one delivered in urgency.

It can be noted that the RBI had hiked rates twice in quick succession in 2018 but has been cutting its inflation projections ever since, leading to the rate cut Thursday-the first since the middle of 2017.

Acharya said since October, when the market was expecting a rate hike by consensus, changes like collapse of oil prices and food prices being benign have helped the inflation situation.

"Central banks do move in small steps. We thought that the oil had just eased after the October policy, it was not prudent to withdraw the tightening policy stance right away in December itself," Acharya said.

The RBI has also initiated steps to improve on its estimates by steps, including taking inputs from its regional offices on the movement of food items in local food markets, he said.

Acharya also said the RBI does not act with a real rate of interest, which is the difference between the rate of inflation and the benchmark lending rate, in mind while setting its policies.

On healthcare and education services inflation, where there has been a rise in the past one data release, Das said increase will not be sustained and hinted at the possibility of data showing higher inflation as the NSSO volunteers fanned out deeper into the country for the first time.

On the growth front, which the RBI has pencilled in a 7.4 percent uptick, Das said progress of the monsoons, crude prices and external situation, including the fate of Brexit and trade wars, are the things to watch out for.

When asked about transmission and banks' reluctance to pass on the rate decreases to borrowers, Das said it is up to the individual banks to take a call on their lending, underlining that the RBI only gives a directional move.

Past three governors have been blaming the banks for not passing on their rate cuts to customers, thus offsetting the efforts of the monetary authority to lower interest cost for the economy. This view has resulted in the many new loan pricing regimes from BPLR to base rates to marginal cost of funds to the forthcoming external benchmark based loan pricing from April.

He said the central bank will be meeting the heads of banks in the next two to three weeks and assured to take up the matter with the bankers.

Das also reaffirmed the RBI's commitment to ensure there is adequate liquidity available in the market saying no sector in the economy will be starved of growth funds.

India up 8 spots in global IP Index, ranked 36th out of 50 nations