Reserve Bank Governor Shaktikanta Das also listed out some of the priority areas where structural reforms are necessary and if carried out in earnest can act as potential growth drivers and through backward and forward linkages can give significant push to growth. 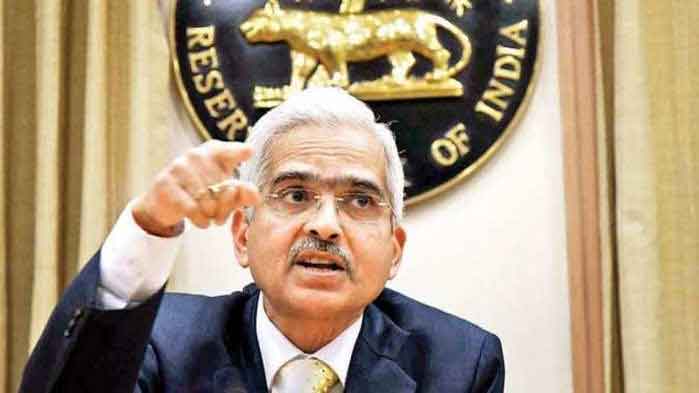 Mumbai: With just a week left for the budget, Reserve Bank Governor Shaktikanta Das on Friday called for structural reforms and more fiscal measures to revive consumption demand and the overall growth, saying the monetary policy has its own limitations to achieve these objectives.

The Narendra Modi government in its second term will present the first full budget next Saturday, at a time when the advance estimate of GDP has projected nominal growth plunging to a 48-year-low of 7.5 percent and real growth hitting an 11-year low of 5 percent or thereabout.

"Monetary policy has its own limits. Structural reforms and fiscal measures may have to be continued and further activated to provide a durable push to demand and boost growth," Das told the students of St Stephen's College, Delhi, his alma mater.

The statement has to be seen in the context of growth hitting a six-year low of 4.5 percent in the September quarter.

It can be noted that successive GDP prints have been hurtling down quarter after quarter since the second term of the Modi government. Falling consumer price inflation has given the legroom to the central bank to cut interest rates by a whopping 135 bps to a nine-year low of 5.15 percent in four successive rate reductions between February and October 2019.

Even a historic corporate tax cut to a low 25 percent last August did not revive the animal spirit of the economy as amidst falling demand companies are holding back investment into capacity addition as most of them are under-utilizing their installed capacity.

Das also listed out some of the priority areas where structural reforms are necessary and if carried out in earnest can act as potential growth drivers and through backward and forward linkages can give significant push to growth.

He called for prioritizing food processing industries, tourism, e-commerce and startups and also making the domestic economy a part of the global value chain. Das urged the states to play an important role by enhancing capex which has high multiplier effect and can boost the Centre's focus on infrastructure spending.

Admitting that correctly assessing the current economic situation and thus formulating the necessary monetary policy is a challenge now, he said this is why monetary policy around the world is in a state of flux today.

The RBI was forced to slash its GDP forecast for FY2019-20 by a whopping 290 bps to a low 5 percent between February and December.

"One of the major challenges for central banks is the assessment of the current economic situation. The precise estimation of key parameters such as potential output and output gaps on a real-time basis is a challenging task, although they are crucial for the conduct of monetary policy."The shifting trend growth in several economies, global spillover effects and disconnect between the financial cycles and business cycles in the face of supply shocks broadly explain why monetary policy around the world is in a state of flux," Das said in the speech entitled the 'Seven ages of India's monetary policy'.

Das said a view must be taken on the true nature of the slack in demand and supply-side shocks to inflation for the timely use of counter cyclical policies.

As a counter to this flux, he said the Reserve Bank constantly updates its assessment of the economy based on incoming data and survey-based forward-looking information juxtaposed with model-based estimates for policy formulation.

"This approach helped the Reserve Bank use the policy space opened up by the expected moderation in inflation and act early, recognizing the imminent slowdown before it was confirmed by data subsequently," Das concluded.