Speaking the inaugural function, Modi said India is been seen as bright spot and to see how far India has travelled one should look back to 2012-13 when the currency was falling sharply. 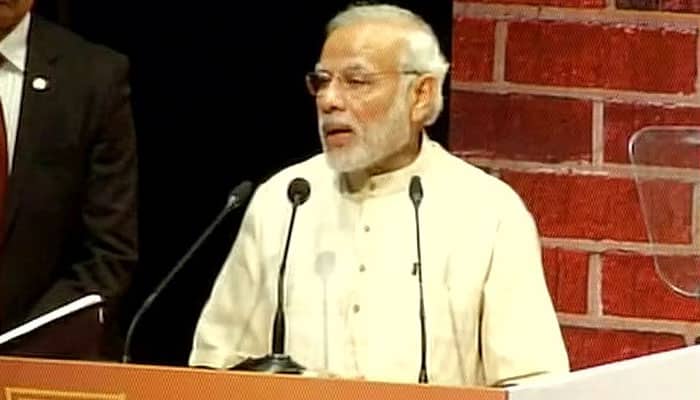 Raigad: Prime Minister Narendra Modi on Saturday inaugurated the new campus of National Institute of Securities Markets (NISM) in Raigad. Speaking at the inaugural function, Modi said that India is been seen as bright spot and to see how far India has traveled one should look back to 2012-13 when the currency was falling sharply.

Modi articulated that demonetisation is only short term pain for a long term gain.

Prime Minister said his government has transformed economy in the last three years and inflation has been kept low.

He added that even the government's critics acknowledged the speed of progress.

India has earned a good name for its well regulated securities markets, he said.

Modi also expressed that the public investment has increased in the last three years and progress has been made in the ease of doing business.

Constitutional amendments on GST that remained pending for years have been passed and the long awaited GST will soon be a reality, added PM Modi.

For financial markets to function successfully, participants need to be well informed, said him.

Modi also added that those who profit from financial markets must make a fair contribution to nation-building through taxes.

SEBI should work for closer linkage between spot markets like e-NAM and derivatives markets to benefit farmers, said Modi

We have made progress and improved ease of doing business and FDI has now reached record levels, shared Modi.

He also said that his government is very keen to encourage start-ups as stock markets are essential for the start-up ecosystem.