The budget for 2020-21 included the Delhi government initiatives like setting up Delhi's own education board, curriculum revamp, starting 5 new schools of excellence, a teacher training university, spoken English programme for alumni of government schools and participation in PISA Test in 2024. 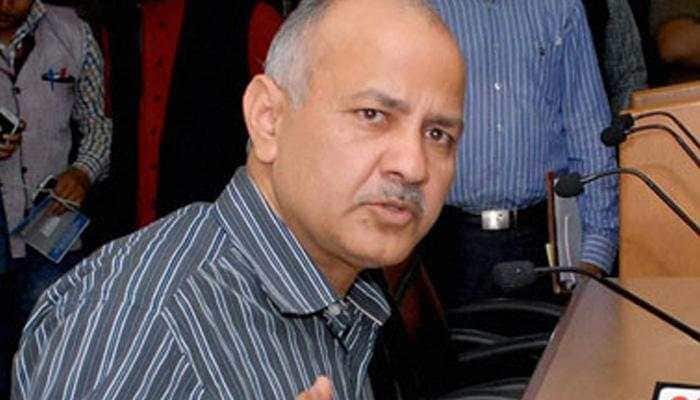 New Delhi: Deputy Chief Minister and Finance Minister Manish Sisodia on Monday (March 23) proposed a budget of Rs 65,000 crore for Delhi for the next Financial Year (FY) 2020-21. The budget for 2020-21 proposed the initiatives including setting up Delhi's own education board, curriculum revamp, starting 5 new schools of excellence, a teacher training university, a spoken English programme for alumni of government schools and participation in PISA Test in 2024.

Sisodia said, "Development work has been completed or in progress at 1,281 out of the 1,797 unauthorised colonies in Delhi. Work in all these colonies will be completed by the end of 2020-21," adding "For the development of infrastructure in these colonies, I propose a budget provision of Rs 1,700 crore in the budget estimates of 2020-21 against the revised estimate of Rs 1,520 crore in 2019-20."

1. Sisodia announced 'Chief Minister Local Area Development' scheme to supplement the general development work at the local level, and allocated Rs 400 crore for it, in addition to Rs 450 crore for the 'Mukhyamantri Sadak Punrothan Yojana'.

2. The deputy chief minister also announced 'CM Mohalla Suraksha Yojana' with an outlay of Rs 100 crore, aiming to take care of the safety and security of people.

3. Sisodia said the government has notified 'Mukhya Mantri Awas Yojna', under which the Delhi Urban Shelter Improvement Board (DUSIB) is the nodal agency to take up in-situ rehabilitation of slum dwellers by providing them 'pucca' houses as promised by the government under the 'Jahan Jhuggi Wahin Makan' during elections.

4. The DUSIB will shift people living in 138 JJ clusters to two-bedroom houses with a toilet, bathroom, and kitchen each, and the work shall be completed in the next two to three years, he said.

5. In a one-day session of the Delhi Assembly, the government has allocated Rs 15,815 crore to the education sector amounting to over 24 per cent of the total budget.

6. In his budget speech, Sisodia said, "I propose to spend Rs 15,815 crore for the education sector in the financial year 2020-21, including Rs 443 crore for education-related schemes of various departments. This budget has a share of 24.33 per cent of the total budget. Out of the total budget, an amount of Rs 7,031 crore has been allocated for implementation of various programs, schemes, and projects which is 24 per cent more over Revised Estimates 2019-20."

7. Sisodia, who is also the education minister, said the government is mulling joining the PISA Test in 2024, adding "PISA is the world's most important international educational assessment process in the field of education, which is held every three years. We are optimistic that Delhi will achieve a distinct place on the educational map of the world by 2024."

8. "From next year we will start a scheme to provide newspapers to children to develop an interest in newspaper reading. In order to improve the communication skills of students, special classes were organised in the current financial year, in which , 40,000 students developed spoken skills in English."

9. Sisodia added, "Around 25,000 students of class 11 have already been included in this program. This program will continue. An amount of Rs 12 crore has been set aside for it. After the successful implementation of the spoken English scheme in schools, it is now proposed to extend the program to those students who have passed the examination from schools in the last five years."

10. The Delhi government has also announced that the school health scheme will be launched from next year. Sisodia said, "Students will be given a multipurpose identity card with their health details. A sum of Rs 22 crore is proposed for this scheme."

11. Sisodia further proposed, "Another important proposal in this direction is establishment of Delhi's own State Board of Education. The aim of the new board is to establish such a system of education and examination in which children focus on understanding and learning, rather than scoring marks by rote learning, so that they prepare themselves for the possible challenges of the upcoming world. A sum of Rs 62 crore is proposed for this including budget for SCERT."

12. The Delhi government said it has set a target to reduce air pollution in the city by two-thirds in the next five years and set aside Rs 30 crore in the 2020-21 budget to install smog towers across the national capital, adding "Green Citizen Awards" will also be instituted to encourage citizens to contribute to environment protection and preservation work.

13. Deputy Chief Minister Manish Sisodia said "There is also a need to implement projects to establish smog towers to reduce pollution on a large scale. I propose an outlay of Rs 30 crore under the Pollution Control and Environment Management scheme to control air pollution in Delhi."

14. The government has also allocated Rs 20 crore for carrying out intensive campaigns across Delhi to create awareness and encourage public participation to protect the environment. "This is for segregation of waste at home, avoiding single-use plastic, rooftop plantation, gifting plants instead of offering bouquets, use of public transportation and carpooling, cycling for a short distance, using jute and cloth bags, preventing the waste of paper, to celebrate in eco-friendly ways and holding conferences on environmental issues, etc."

Govt amends law to raise excise duty on petrol, diesel by Rs 8 per litre in future