Speaking exclusively to DNA Zee News Editor-in-Chief Sudhir Chaudhary, Javadekar said that the Narendra Modi government is committed to farmers' empowerment and so it has introduced several schemes in the last few years. This year the Modi government to increase the income of the farmers so it is imposing agriculture cess. 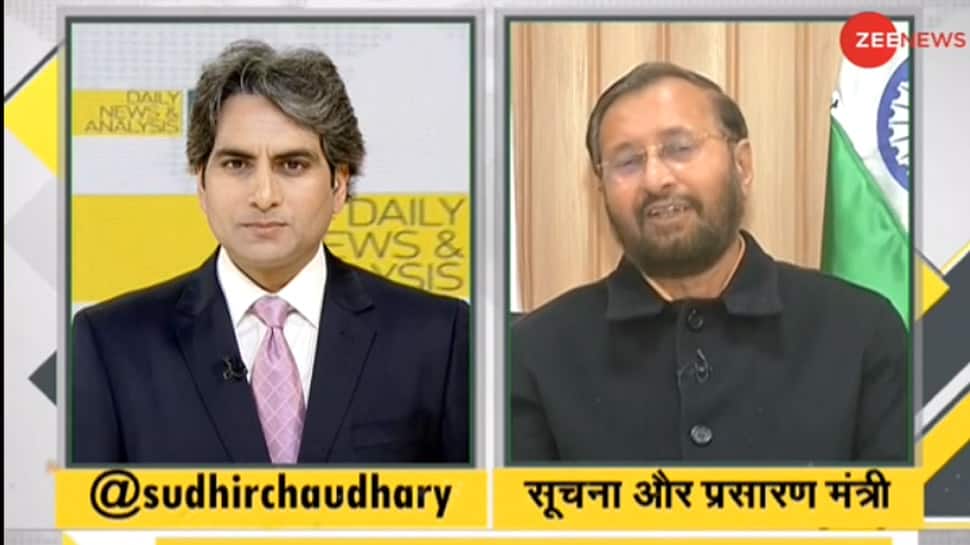 Union Minister of Information and Broadcasting Prakash Javadekar on Monday gave his first reaction on fake news that has been doing the rounds after Union Finance Minister Nirmala Sitharaman presented the Union Budget 2021-22.

Speaking exclusively to DNA Zee News Editor-in-Chief Sudhir Chaudhary, Javadekar said that the Narendra Modi government is committed to farmers' empowerment and so it has introduced several schemes in the last few years. This year the Modi government to increase the income of the farmers so it is imposing agriculture cess.

However, the consumer will not have to pay more for any of these items. On the hike in petrol prices, he said that the cess will not affect people as it is being imposed after removing excise duty. The government is increasing farmers income. The burden will not be on people' pocket but on the government, stated Javadekar, adding that fake news was doing rounds on this.

He also said that during the UPA-rule the inflation or price rise was in double digits every year but now it has been controlled.

Javadekar spoke on the fake news on the picture of Netaji Subhash Chandra Bose at Rashtrapati Bhavan and that on farmer's death due to police firing. He said that some journalists tweeted that it was the picture of an actor and not that of Netaji, which is fake news, as even the actor in question confirmed that it was not his picture. The Union Minister said that it was wrong to spread such fake news and called it irresponsible to post such content without FactCheck. He also added that no farmer was killed in police firing.

Earlier, Javadekar hailed the Budget as 'forward-looking' and said it will give a major fillip to employment. Speaking to the media after the presentation of the budget by Sitharaman in Parliament, Javadekar commented that the coronavirus pandemic has hit economies across the world, but India is moving forward towards prosperity along with winning the battle against COVID-19.

"India has not only won the battle against COVID-19 but is also moving forward in its fight against poverty and towards prosperity," he said. Highlighting the massive budgetary boost in capital expenditure, the Minister said that the over Rs five lakh crore investment in infrastructure is a major initiative. "This will give a major fillip to employment," he added.

The budget will do justice with farmers, generate more employment opportunities and will be beneficial for all, the BJP leader said.