India had its driest June in five years due to a delay in monsoon rains, the weather department said late on Sunday, raising fears for crops and the broader economy. 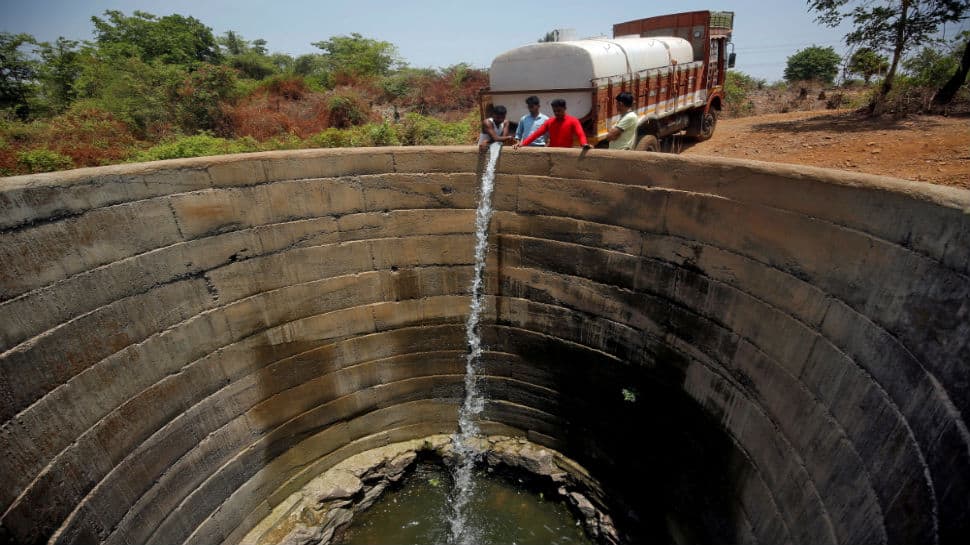 A dried-up well being filled with water from a tanker in Thane district. (Reuters photo)
Share:
Edited By:

Mumbai: India had its driest June in five years due to a delay in monsoon rains, the weather department said late on Sunday, raising fears for crops and the broader economy.

Overall, rains were a third below average, although in some states, including the sugar cane growing northern state of Uttar Pradesh, they were as much as 61 percent down, data from the India Meteorological Department (IMD) showed.

Over half of India`s arable land relies on rainfall, while agriculture makes up about 15% of Asia`s third-largest economy.

The monsoon usually covers nearly the entire country by July 1, but has covered less than two-thirds so far this year, according to the IMD data.

If the rains don`t improve over the next two to three weeks, India could face a crisis that hammers harvests and rural demand, analysts said.

Companies supplying farmers with everything from tractors to consumer goods would be vulnerable.

The country is still recovering from a drought last year that ravaged crops, killed livestock, emptied reservoirs and drained water supplies to city dwellers and some industries.

Rains first arrived in the southern state of Kerala a week late on June 8, but the developing Cyclone Vayu in the Arabian Sea drew moisture from the monsoon and weakened its progress.

Cotton, soybean and pulses growing western and central parts of India are likely to get good rainfall in the first half of July, but rains could be below average in northern India, said an IMD official, who declined to be named as he was not authorized to speak with media.

Overall, India faces below average rainfall in July but the deficit is likely to be far smaller than June`s 33%, he said.

In 2014, India received 42% less rainfall in June and ended the June-Sept monsoon season with rains 12% below average.

The weak start to the monsoon has delayed planting, with farmers sowing crops on 14.7 million hectares as of June 28, down almost 10% on a year earlier.

For 2019, the IMD in late May forecast average rainfall, while the country`s only private forecaster, Skymet, has predicted below-normal rainfall.

A normal, or average, monsoon means rainfall between 96% and 104% of a 50-year average of 89 cm (35 inches) during the four-month monsoon season, according to the IMD`s classification.