Stating that an economic recession gripped global economy following the lockdowns due to COVID-19 pandemic, Fitch Ratings on Friday said the initial disruptions to regional manufacturing supply chains in China have now broadened to include local discretionary spending and exports. 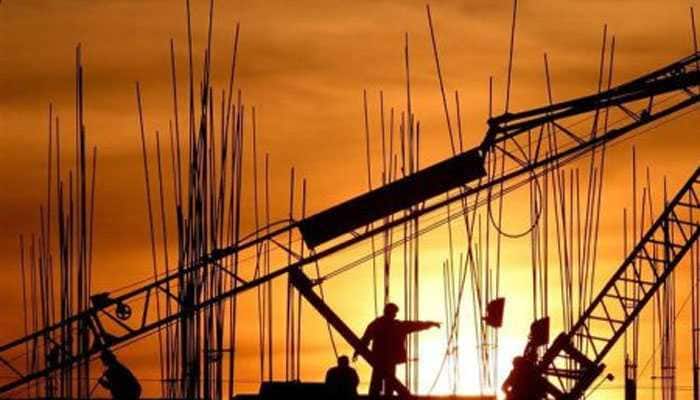 New Delhi: India may post in 2020-21 a GDP growth of 2 per cent, the slowest since the economy was liberalised 30 years back, Fitch Ratings said on Friday, as it joined a chorus of international agencies that have made a similar cut in growth estimates in recent days on concerns about the fallout of COVID-19 outbreak.

Asian Development Bank (ADB) sees India's economic growth slipping to 4 per cent in the current fiscal (April 2020 to March 2021), while S&P Global Ratings earlier this week further slashed its GDP growth forecast for the country to 3.5 per cent from a previous downgrade of 5.2 per cent.

India Ratings & Research too has revised its FY21 forecast to 3.6 per cent from 5.5 per cent earlier.

Moody's Investors Service last week slashed its estimate of India's GDP growth during 2020 calendar year to 2.5 per cent, from an earlier estimate of 5.3 per cent and said the coronavirus pandemic will cause unprecedented shock to the global economy.

These growth estimates compare to an estimated 5 per cent growth rate in 2019-20 fiscal that ended on March 31. Indian economy also grew by 5 per cent in the 2019 calendar year.

Stating that an economic recession gripped global economy following the lockdowns due to COVID-19 pandemic, Fitch Ratings on Friday said the initial disruptions to regional manufacturing supply chains in China have now broadened to include local discretionary spending and exports.

"Fitch now expects a global recession this year and recently cut our GDP growth forecast for India to 2 per cent for the fiscal year ending March 2021 after lowering it to 5.1 per cent previously, which would make it the slowest growth in India over the past 30 years," it said in a statement.

The ADB in its flagship publication Asian Development Outlook (ADO) 2020, released early on Friday, said that India will stage a strong recovery in the next financial year on the back of its sound macroeconomic fundamentals.

Growth in India will remain subdued after a disappointing 2019-20, it said, adding growth declined from 6.1 per cent in fiscal 2018-19 to 5 per cent as domestic investment and consumption collapsed under stress on non-banking financial companies and a sharp slowdown in credit growth more generally.

"COVID-19 has not yet spread extensively in India, but measures to contain the virus and a weaker global environment will whip up headwinds, offsetting support from corporate and personal income tax cuts as well as financial sector reforms which are meant to revive credit flows," ADB said. "GDP growth in India is forecast to slow further to 4 per cent this year (2020-21) before strengthening to 6.2 per cent in fiscal 2021-22."

The growth rate is below its decade average of 7 per cent. Fitch Ratings said micro, small and medium-sized enterprises and the services segment are likely to be among the most affected amid reduced consumer spending.

S&P Global Ratings had on Monday further slashed India's growth forecast to 3.5 per cent in 2020-21, saying "while lower official interest rates and government stimulus actions provide some relief, the slump in demand is likely to lead to declining credit quality and rising defaults, particularly among nonfinancial corporates with weaker credit profiles".

The earlier downgrade to India's FY21 growth rate came on March 17, days before the 21-day lockdown was announced by Prime Minister Narendra Modi. S&P had cited the global recession affecting the Asia-Pacific region while lowering its India estimate to 5.2 per cent from 5.7 per cent in February.

Along with a 5 per cent growth forecast for FY20, the S&P expects a sharp uptick in the Indian economy to 7.3 per cent in FY22.