Gold is often held as protection against inflation, which erodes the value of other assets. 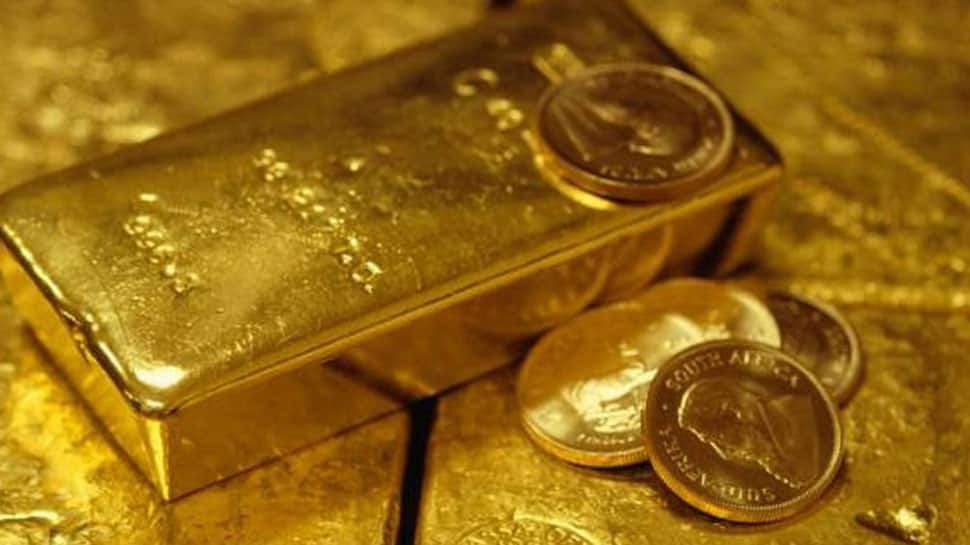 New Delhi: Jitters over global growth and a possible pause to U.S. monetary tightening are expected to set gold prices up for gains in 2019, a Reuters poll showed on Tuesday, but the metal will struggle to break above recent highs.

The survey of 36 analysts and traders returned a median forecast for gold to average $1,305 an ounce in 2019, up around 3 percent from last year`s average and a touch higher than forecast in a similar poll three months ago.

But the metal has managed a firmer trajectory so far this year, reaching seven-month highs and hovering around the important technical level of $1,300.

"A slowdown in Fed interest (rate) hikes, possibly a weaker or at least not strengthening U.S. dollar, further U.S. stock corrections and ongoing geopolitical instability are building the perfect storm (in favour of gold)," Frederic Panizzutti at MKS said.

Flagging growth in China and elsewhere and a U.S.-China trade dispute have knocked world stock markets from last year`s record highs and raised fears of a broader global slowdown - reviving interest in gold as a safe store of value.

Economists, meanwhile, say the U.S. Federal Reserve will slow the pace of rate rises, and currency strategists polled by Reuters believe a dollar rally is largely over.

Adding to the bullish mood, gold-backed exchange-traded funds have added around 4 million ounces, or 7.6 per cent, to their holdings of the metal since early October.

Speculators had also turned positive, with bets on higher prices on the Comex exchange overtaking bets on price falls by mid-December, after which data has been unavailable due to a partial U.S. government shutdown.

"We see gold in a longer-term recovery. The first phase, driven by normalising sentiment in the futures market, seems to be completed and a short-term consolidation looks likely," said Julius Baer analyst Carsten Menke.

"The second phase, characterised by a weakening U.S. dollar, should start around the middle of this year, followed by a third phase of returning safe-haven demand once growth and inflation concerns creep into financial markets early next decade," he said.

Gold is often held as protection against inflation, which erodes the value of other assets.

For silver, poll respondents forecast an average price of $16 an ounce this year, up from last year`s average of $15.68 but less than the $16.40 they predicted three months ago. It marked the fourth consecutive poll in which the 2019 silver price forecast had been downgraded.

They said prices would average $17.20 next year.

That would push the closely watched gold/silver ratio down from 2-1/2-decade highs reached last year.

Silver is used in electronics as well as for investment, and the worsening global economic outlook has weighed on prices. It also tends to follow the direction of gold, and its price swings are often more extreme than those of bullion.

"Silver is undervalued relative to gold and some catch-up is likely," he said.