However, National Restaurant Association of India (NRAI) has argued that government's latest move will hike prices by 6 percent to 8 percent. 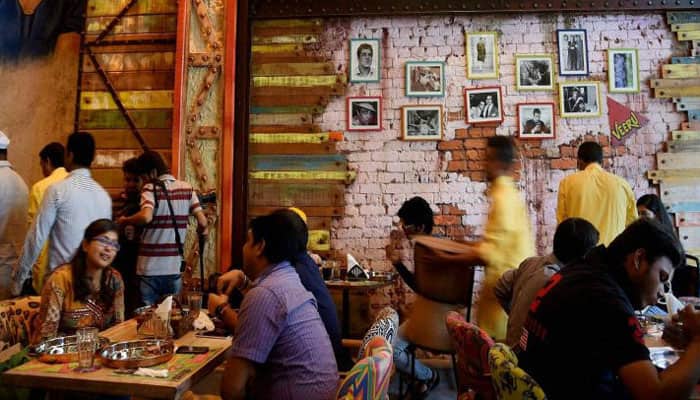 New Delhi: Backing the recommendation of a panel of state finance ministers, the Centre is expected to slash goods and services tax (GST) on restaurants. The government may withdraw input tax credit facility offered to the restaurants, as reported by a leading national daily.

The government claims that the gains pocketed by eateries in the tune of 6 percent should have been accrued to the consumers.

However, National Restaurant Association of India (NRAI) has argued that government's latest move will hike prices by 6 percent to 8 percent.

The ministerial panel had on Monday suggested cutting tax rate to 1 percent for manufacturers and restaurants, while easier norms for traders opting for it.

Currently, manufacturers and restaurants with turnover up to Rs 1 crore pay GST under composition scheme at 2 percent and 5 percent respectively. The same for traders is 1 percent.

In its second meeting, the Group of Ministers, headed by Assam Finance Minister Himanta Biswa Sarma, had also suggested doing away with the tax rate distinction between AC and non-AC restaurants, those which are not covered under composition scheme, and tax them at 12 per cent with input credit.

It also suggested that eating out at hotels, which has room tariff of more than Rs 7,500, should attract an uniform 18 per cent tax rate instead of any separate category for 5- star hotel.

The GST Council, chaired by Union Finance Minister Arun Jaitley and comprising his state counterparts, on November 10 in Guwahati is likely to take up the recommendations of the GoM, which was set up earlier this month.