GDP growth picks up to 6.3%; Jaitley says impact of GST and note ban behind us 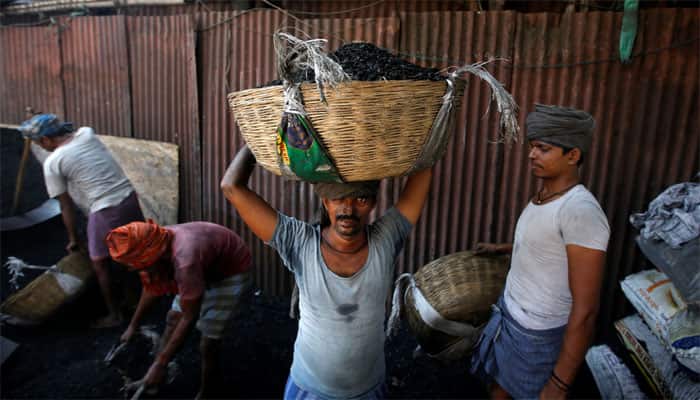 New Delhi: India's economic growth pace picked up to 6.3 percent in the three months ending in September, halting a five-quarter slide as businesses started to overcome teething troubles after the bumpy launch of a Goods and Services Tax (GST).

Gross domestic product grew 6.3 percent in July-September, its fastest pace in three quarters, the data showed. However, the pace of growth was still way below 7.5 percent recorded in the corresponding quarter a year ago.

Growth had slid to a three-year low of 5.7 percent for the three months to June on the spillover effects of the note ban and the GST implementation.

According to Central Statistics Office (CSO) data, the economic activities that registered growth of over 6 percent in the second quarter are manufacturing, electricity, gas, water supply, other utility services and trade, hotels, transport and communication, and services related to broadcasting.

The agriculture, forestry and fishing sector is estimated to have grown by 1.7 percent.

Expressing concern on the GDP numbers, Finance Minister Arun Jaitley said, “Last five quarters had witnessed a downward trend, GDP at 6.3% marks the reversal of that trend. Demonetisation and GST’s impact is behind us and hopefully, in coming quarters, we can look for an upwards trajectory.”

Government’s reforms to push economic growth are working can be seen from that manufacturing has shown robust growth of 7% in Q2 and services at 7.1%. Gross fixed capital formation has increased from 1.6% in Q1 to 4.7% in Q2.

Former finance minister P Chidambaram, a senior leader of the opposition Congress Party, said the result was "far below the promise of the Modi government and far below the potential of a well-managed Indian economy".

"We cannot say now whether this will mark an upward trend in the growth rate," he posted on Twitter.

It expects the economy to grow 6.7 percent in the fiscal year ending March 31, and 7.5 percent the following year.

Modi government hopes the ratings upgrade can attract more foreign investors, who pumped USD 15 billion into Indian equities in July-September, up 44 percent from the previous quarter. The main NSE share index is up 27 percent in 2017.

Still, the world`s seventh largest economy, which grew at more than 9 percent a year from 2005 through 2008 is far from firing on all cylinders. Domestic demand and private investments remain weak.

After front-loading state spending in the fiscal year`s first half, Finance Minister Arun Jaitley has limited room to spend amid slowing revenue growth.

Finance Ministry officials hope the central bank will cut interest rates soon, but analysts say that rising global oil prices, which could pinch consumers through higher inflation, may instead force the RBI to hike in the second half of 2018, denting growth momentum.