The seasonally adjusted Nikkei India Services Business Activity Index fell to 52 in March from 52.5 in February, indicating the slowest expansion since last September. 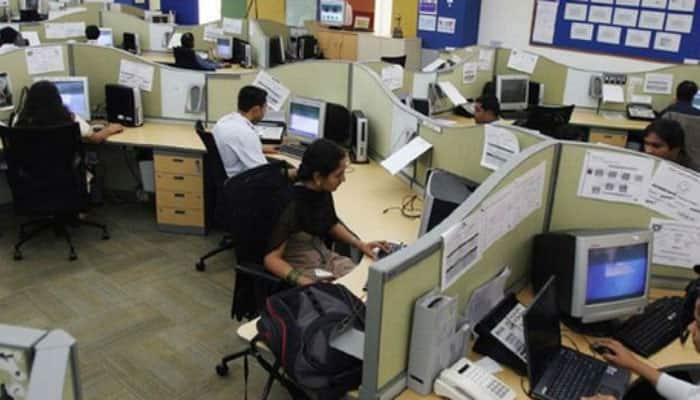 New Delhi: The country's services sector activity eased in March with slowest pace of output growth in six-months due to a slower expansion in new work, leading to weakest rate of hiring since last September, a monthly survey showed Thursday.

The seasonally adjusted Nikkei India Services Business Activity Index fell to 52 in March from 52.5 in February, indicating the slowest expansion since last September.

Despite the moderation, the services PMI was in the expansion territory for the 10th straight month. In PMI parlance, a print above 50 means expansion, while a score below that denotes contraction.

"Indian service sector growth weakened at the end of the fourth quarter of FY18, with activity expanding at the slowest rate since last September," said Pollyanna De Lima, Principal Economist at IHS Markit, author of the report.

Meanwhile, optimism regarding the year-ahead outlook for business activity strengthened for the second month in a row.

"Business expectations strengthened in March, indicating that services companies are hopeful that conditions will advance in the months to come. However, an anaemic pace of job creation hints that service providers are not fully convinced about a shift into a higher growth gear," Lima said.

Meanwhile, the seasonally adjusted Nikkei India Composite PMI Output Index, that maps both the manufacturing and services industry, dipped from 53.8 in February to a six-month low of 52.7 in March.

"Digging deeper into the anecdotal evidence provided by surveyed firms, there are concerns about delayed payment from clients and a challenging economic situation," Lima said.

Firms commented that successful marketing efforts and greater demand underpinned the rise in sales, but some noted that an increasingly competitive environment acted as a brake on growth.

On the prices front, input cost inflation eased, while an acceleration was seen for services charges.

Experts believe the Reserve Bank of India may adopt an accommodative policy stance in the first bi-monthly policy review meet for this fiscal.

The outcome of the RBI's Monetary Policy Committee (MPC) is expected before noon on Thursday.