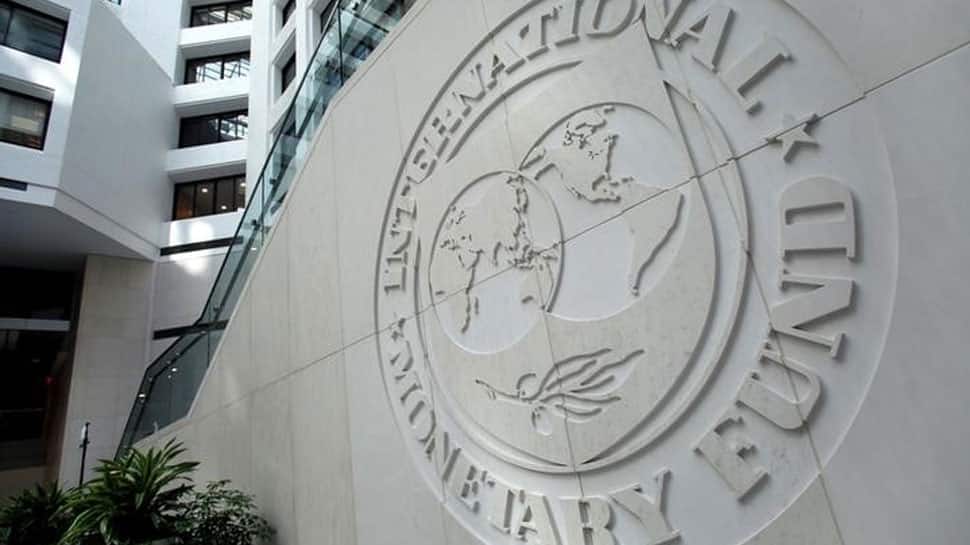 Washington DC: The International Monetary Fund on Tuesday warned that global economic growth was slowing more than expected and that a sharp downturn could require world leaders to coordinate stimulus measures.

The global lender cut its global economic growth forecasts for 2019 and said key risks included a US-China trade war and a potentially disorderly British exit from the European Union.

The IMF said it still expects that a sharp slowdown in Europe and some emerging market economies will give way to a general re-acceleration in the second half of 2019.

But chances of further cuts to the outlook are high, the Fund said in its World Economic Outlook report. Already some major economies, including China and Germany, might need to take short-term actions, the IMF said.

"This is a delicate moment for the global economy," IMF chief economist Gita Gopinath said in a news conference.

The IMF and World Bank are holding their spring meetings in Washington this week. In its third downgrade since October, the IMF said the global economy will likely grow 3.3 percent this year, the slowest expansion since 2016. The forecast cut 0.2 percentage point from the IMF`s outlook in January.

The projected growth rate for next year was unchanged at 3.6 percent.

More than two-thirds of the expected slowdown in 2019 owes to trouble in rich nations.

"In this context, avoiding policy missteps that could harm economic activity should be the main priority," the IMF said its report.

One potential misstep lies in Britain`s indecision over how to leave the EU. Despite looming deadlines, London has not decided how it will try to shield its economy during the exit process. The IMF`s new forecast assumes an orderly "Brexit," but the Fund said a chaotic process could shave more than 0.2 percentage points from global growth in 2019.

The IMF said the Bank of England should be "cautious" on its interest rate policy, an apparent tip to wait before hiking borrowing costs.

The EU`s economic growth is already slowing substantially, and the slowdown accounted for much of the reduction in the global growth forecast.

Germany may have to quickly turn to fiscal stimulus measures, the IMF said, also calling on the European Central Bank to keep stimulating the regional economy. The IMF also cut Japan`s growth outlook following a string of natural disasters.

The US economy, while seen outperforming other rich nations, also got a downgrade on signs that a fiscal stimulus fueled by tax cuts was producing less activity than previously expected.

US Treasury yields slid on concerns about the global economic outlook while the S&P 500 index and the Dow Jones Industrial Index were down more than half a per cent amid worries that a U.S. threat to slap tariffs on hundreds of European goods would be a further economic drag.

The IMF said it supported the US Federal Reserve`s decision to pause its rate-hiking cycle, which the global lender said would support the US and world economies this year by easing financial conditions. The IMF raised its forecast for U.S. growth in 2020 by a tenth of a percentage point to 1.9 percent.

The global lender said it was slightly boosting its outlook for Chinese growth this year - to 6.3 percent - in part because an expected escalation in the U.S.-China trade war did not materialize.

Still, America`s ongoing tensions with China and other major trading partners remain a risk for the global economy.

US tariffs on Chinese imports are hitting Chinese growth and also weighing on Latin America and other areas dependent on Chinese demand for commodities.

In a World Economic Outlook chapter released last week, the IMF said an escalation of the US-China trade war would drive manufacturing away from both countries and cause job losses, but would do little to change their total trade balances.

The IMF also cut its 2019 growth forecasts for Canada and Latin America as well as for the Middle East and North African countries.

China was trying to rebalance its massive economy away from investment and exports when U.S. President Donald Trump ordered higher tariffs on Chinese imports beginning in 2018. China responded with retaliatory tariffs on US goods.

In an ominous sign, the IMF said Beijing might need to unleash fiscal stimulus "to avoid a sharp near-term growth slowdown that could derail the overarching reform agenda."

But Gopinath, the IMF chief economist, said the Chinese economy was already showing some signs of recovered growth, which she described as "green shoots."

Overhauled oil policy to apply from 4th bid round: DGH