The US-based agency upped India's rating to Baa2 from Baa3, changing outlook to 'stable' from 'positive', seen as a boost to the Modi government's reform agenda. 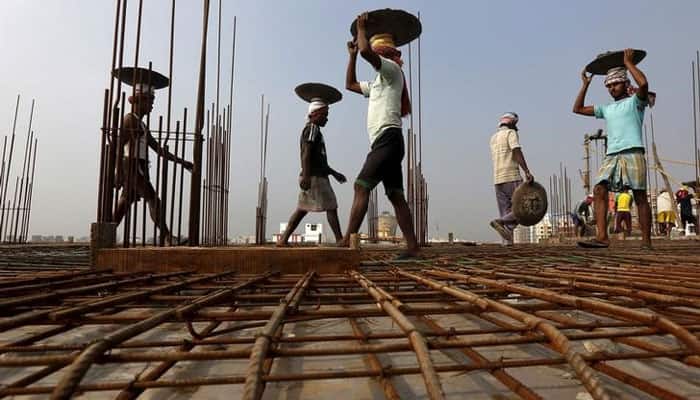 The US-based agency upped India's rating to Baa2 from Baa3, changing outlook to 'stable' from 'positive', seen as a boost to the Modi government's reform agenda.

President of industry chamber Ficci Pankaj Patel said the development underlines the fact that India is moving in the right direction.

India's growth story is more promising than ever and we see a further improvement in confidence level of global investment community, he said.

"It clearly shows that the economy is turning the corner and poised for a big leap forward, highlighting the immense potential that India offers as a global investment destination," he said.

Director General of another leading industry body CII Chandrajit Banerjee said: "The upgraded rating of Baa2 will enable lower cost of borrowing in international markets for Indian businesses and attract more foreign funds flows into India. CII hopes that the other rating agencies will soon follow with similar rating upgrades".

Hailing the move, financial sector stalwarts too said it was long overdue and will reduce the borrowing cost for the country.

"The bond yields, Indian rupee and stock markets have already reacted favourably. Over a point of time, this will reduce borrowing costs of the government and financial institutions and result in increased investor confidence in the India growth and reform story," SBI Chairman Rajnish Kumar said.

"We still expect policy steps to cool the risks to enable banks to cut lending rates. The Reserve Bank should cut rates on December 6 to signal a lending rate cut before the busy season with inflation well under control," Sen Gupta said.

With the government committed to fiscal consolidation, India might not have to wait for 13 long years for next sovereign upgrade by a rating agency, said a SBI report.

The rating action by Moody's became apparent right in the market's opening session that saw the BSE index shoot up 414 points at one point. But, the momentum failed to carry on as investors rushed in to shave profit as the index closed the day at 33,342.80, up 235.98 points -- or 0.71 percent.

"The intent of Modi government is to continue with its reform agenda," he said.

In a statement on Moody's rating, Sumeer Chandra, Managing Director of HP Inc India said the upgrade is a big boost for India, as it will improve sentiments around ease of doing business within local and global investors.

Rana Kapoor, MD and CEO Yes Bank, said the long overdue sovereign rating upgrade for India is an endorsement of institutional and structural transformations ushered in by the government in the last few years while maintaining fiscal prudence.