Overhauled oil policy to apply from 4th bid round: DGH

Junking two-year-old revenue bidding model for award of acreage for exploration and production of oil and natural gas, the Union Cabinet had in February approved a policy for awarding blocks based primarily on exploration commitment such as drilling of wells. 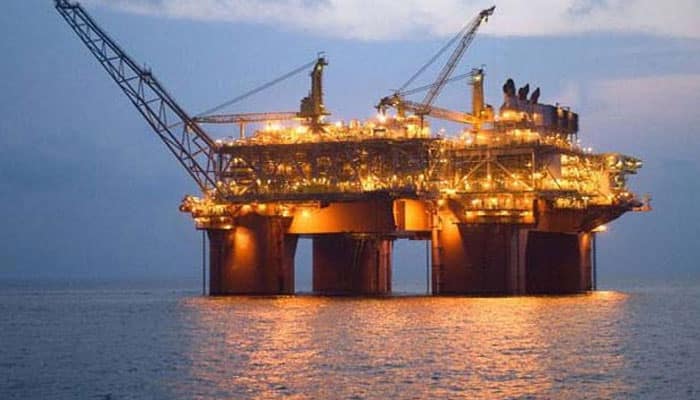 New Delhi: The overhauled oil and gas exploration licensing policy will be implemented from the 4th bid round, likely sometime in June or July, the Directorate General of Hydrocarbons (DGH) has said.

Junking two-year-old revenue bidding model for award of acreage for exploration and production of oil and natural gas, the Union Cabinet had in February approved a policy for awarding blocks based primarily on exploration commitment such as drilling of wells.

This was aimed at attracting the elusive private and foreign investment to raise domestic output.

"Parameters of new policy reforms published vide resolution dated February 28, 2019 shall apply from OALP-IV onwards only," the DGH said in a notice.

Oil and gas blocks for exploration are bid out under Open Acreage Licensing Policy (OALP). 2nd and 3rd round of OALP bidding is underway with last date of bidding set for May 15. The fourth round is expected by end June or July, official sources said.

Under OALP, companies are allowed to put in an expression of interest (EoI) for prospecting of oil and gas in any area that is presently not under any production or exploration licence.

The EoIs can be put in at any time of the year but they are accumulated twice annually. The two windows of accumulating EoIs end on May 15 and November 15 every year. EoIs accumulated till May 15 are supposed to be put on auction by June 30 and those in the second window by December 31.

With the notice, DGH attached the official notification that overhauled the exploration policy.

Breaking from the two-and-a-half decade old practice of having a uniform contractual regime for all sedimentary basins in the country, the new policy provides for different rules for areas that already have producing fields and ones where commercial production of oil and gas is yet to be established.

Irrespective of the basins, producers will get complete marketing and pricing freedom for oil and gas in future bid rounds, said the notification detailing rule changes approved by the Union Cabinet on February 28.

Oil and gas acreage or blocks in all future bid rounds will be awarded primarily on the basis of exploration work commitment, it said.

While companies will have to pay a share of revenue from oil and gas produced in Category-I sedimentary basins such as Krishna Godavari, Mumbai Offshore, Rajasthan or Assam where commercial production has already been established, they will be charged only prevalent royalty rates on oil and natural gas in the less explored Category-II and III basins.

"To expedite production, concessional royalty rates will be applicable if production is commenced within four years for onland and shallow water blocks, and five years for deep water and Ultra-deepwater blocks from the effective date of the contract," it said.

India began bidding out oil and gas exploration acreage in 1999 under New Exploration Licensing Policy (NELP) that awarded blocks to companies offering maximum work commitment. But companies were obliged to share with the government profits made after recovery of cost.

Two years back, the BJP-government brought in Hydrocarbon Exploration and Licensing Policy (HELP) that provided for blocks being awarded to companies offering maximum revenue at different levels of prices and production.

HELP failed to either raise output or attract new players.

The notification said the new policy was being formulated "to increase exploration activities, attract domestic and foreign investment in unexplored/unallocated areas of sedimentary basins, and enhance domestic production of oil and gas".

"The contractor will have full marketing and pricing freedom to sell on arm's length basis. Discovery of prices will be on the basis of transparent and competitive bidding. No exports will be allowed. There will be no allocation by Government," the notification said.

The contractor will have liberal freedom to transfer/exit the block provided work programme has been adhered to. However, a suitable penalty mechanism will be devised for non-completion of the work programme.

The notification said in case of the existing contracts, marketing and pricing freedom to sell on arm's length basis through competitive bidding will be permitted to those new gas discoveries whose Field Development Plan (FDP) will be approved for the first time after the date of issuance of the new policy.

In case of nomination fields given to national oil companies, marketing and pricing freedom will be provided subject to the condition that FDP for new gas discoveries is approved by DGH.

"To incentivise additional gas production from Administered Price Mechanism (APM) fields, reduction in royalty by 10 percent of the applicable royalty will be granted on the additional production over and above Business As Usual (BAU) scenario. BAU scenario will be approved by DGH on third-party evaluation," it said.