The meeting will be held via video conferencing. 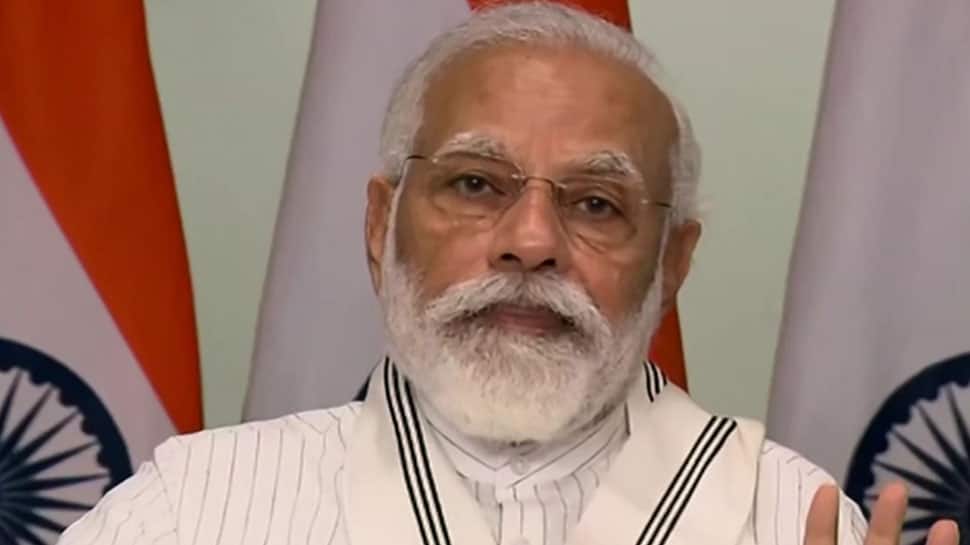 New Delhi: Prime Minister Narendra Modi is likely to meet heads of Banks and other financial institutions on Wednesday (July 29) to discuss the health of Indian financial sector in the wake of the COVID-19 Pandemic.

The Prime Minister will also review the Credit Line Guarantee Scheme that the government had announced under the Atmanirbhar Bharat package. The PM had on May 5 announced a cumulative package of Rs 20 lakh crore (nearly 10 per cent of GDP) to provide relief to various segments of the economy. An additional funding of up to Rs 3 lakh crore to MSMEs and interested MUDRA borrowers by way of "Emergency Credit Line Guarantee Scheme" was announced under this. Under the Scheme, 100 percent guarantee coverage will be provided by National Credit Guarantee Trustee Company Limited (NCGTC) for additional funding of up to Rs 3 lakh crore in the form of a Guaranteed Emergency Credit Line (GECL) facility.

The meeting also assumes significance on the backdrop of demands by several banks to discontinue with the loan moratorium, the second round of which will expire on August 31.

On March 27 the had RBI permitted all commercial banks (including regional rural banks, small finance banks and local area banks), co-operative banks, all-India Financial Institutions, and NBFCs (including housing finance companies and micro-finance institutions) (referred to hereafter as “lending institutions”) to allow a moratorium of three months on payment of instalments in respect of all term loans outstanding as on March 1, 2020.

Later, on May 22, RBI announced extension of loan moratorium by 3 more months to August 31.