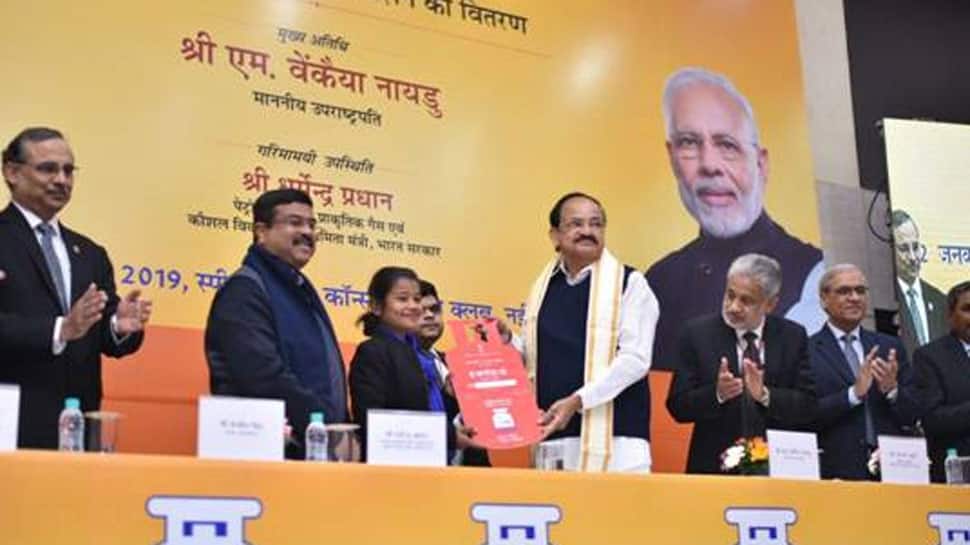 Vice President M Venkaiah Naidu handed over papers for an LPG connection under the PMUY to Jasmina Khatoon from Shivpark, Khanpur in the national capital.

PMUY was launched on May 1, 2016, with a target to give 5 crore connections by March 2019. The target was later raised to 8 crore connections by 2021 and now envisages giving all households a connection. Under the scheme, the government provides a subsidy of Rs 1,600 to state-owned fuel retailers for every free LPG gas connection that they give to poor households. This subsidy is intended to cover the security fee for the cylinder and the fitting charges.

Speaking on the occasion, Naidu termed the scheme as revolution in peaceful manner. He congratulated all the stakeholders in achieving the target, well before the schedule.

There are 22639 LPG distributorships at industry level as on December 2018. With a view to strengthen the LPG distribution infrastructure, Oil Marketing Companies (OMCs) have plans to add 835 distributors by March, 2019 across the country.

The OMCs have also given loan recovery deferment upto six refills or one year with effect from April 18 for the PMUY beneficiaries who have availed loan facility for hotplate or first refill or both.