In Delhi's Azadpur Mandi, the wholesale price of onion on Thursday was between Rs 30-46. While in Maharashtra's Nashik, onion was being sold at Rs 50-55. 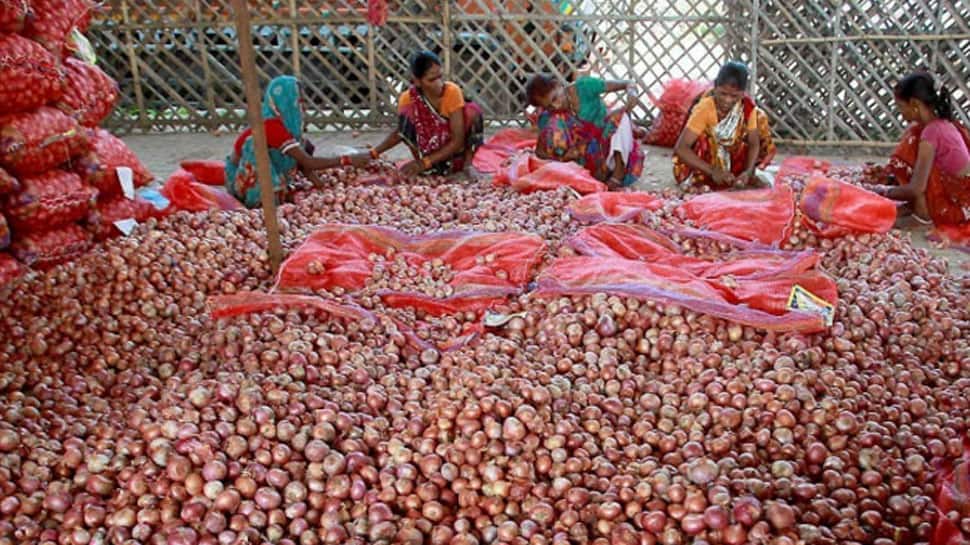 New Delhi: Rising onion prices are once again bringing tears to the eyes of the people. In the last one week, the price of this vegetable has increased by 40-50 per cent.

In Delhi's Azadpur Mandi, the wholesale price of onion on Thursday was between Rs 30-46. While in Maharashtra's Nashik, onion was being sold at Rs 50-55.

According to traders, the onion prices have gone up due to the fall in its stock which in turn has affected the supply to wholesale markets.

Last week, in a bid to control the rising prices of onion, the government reduced the minimum export price of the vegetable to $850 per tonne.

Sources believe the government's move has reduced the possibilities of onion export.

Rajendra Sharma, a trader of Azadpur Mandi and President of the Onion Merchant Association, said the recent rains in the southern states must have caused damage to the onion crop due to which prices are constantly increasing.

"The entire nation is facing shortage of onions. In such a scenario, exporting the vegetable is even more difficult," a Nashik-based onion exporter said.

He said the stock of onion is quite less in southern states including Karnataka, Andhra Pradesh, Kerala, Tamil Nadu.

Traders said that currently, no wholesale market is receiving more than 1,000-1,500 onion-laden trucks, due to which the prices are going upwards.