Saudi Arabia bans foreign workers in 12 sectors, many Indians to be affected

Minister of Labour and Social Development will restrict working in these 12 sectors in a phased manner. 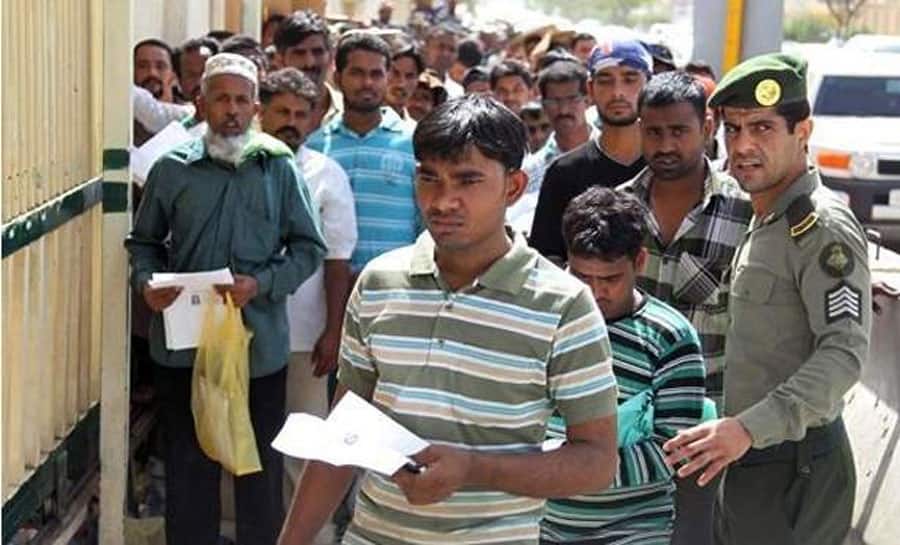 New Delhi: In a bid to pressure companies into hiring more Saudi citizens and reduce unemployment in the country, the Kingdom of Saudi Arabia has imposed a restriction on the expatriates from working in 12 sectors.

The tighter policy has been approved by Labor Minister Ali bin Nasser al-Ghafis, a report in Prabhat Khabar said.

The new rule could potentially affect large numbers of people since about 12 million foreigners work in Saudi Arabia, doing many of the strenuous, dangerous and lower-paid jobs shunned by 20 million Saudi citizens.

The restriction is also likely to affect over 30 lakh Indians who live and work in Saudi Arabia.

Minister of Labour and Social Development will restrict working in these 12 sectors in a phased manner.

The following sectors will be restricted for hiring of expatriates from September 11, 2018:

The following sectors will be restricted for hiring of expatriates from November 9, 2018

The following sectors will be restricted for hiring of expatriates from January 7, 2019

The jobless rate among Saudis aged 15 to 24 stood at 32.6 percent last year, according to the International Labour Organisation. Saudi Arabia posted an economic contraction in 2017 for the first time in eight years due to severe austerity measures.

The new rule is a part of the ongoing economic reforms launched last year to ease joblessness among Saudis by 2020. Saudi Arabia is India's fourth largest trade partner after China, the US and the UAE.

The country is a major source of India's energy requirement as it accounts for almost one-fifth of India's crude oil requirement.