Gujarat topped the chart for the highest production oilseeds in 2013-14 , and Madhya Pradesh in the following years.

In the last four years, Gujarat topped the chart for the Highest Production Of Non Foodgrains - Oilseeds (Thousand Tonnes) in 2013-14 , Madhya Pradesh from 2014-15 to 2016-17 while for the same period Kerala stood at the bottom of the chart. 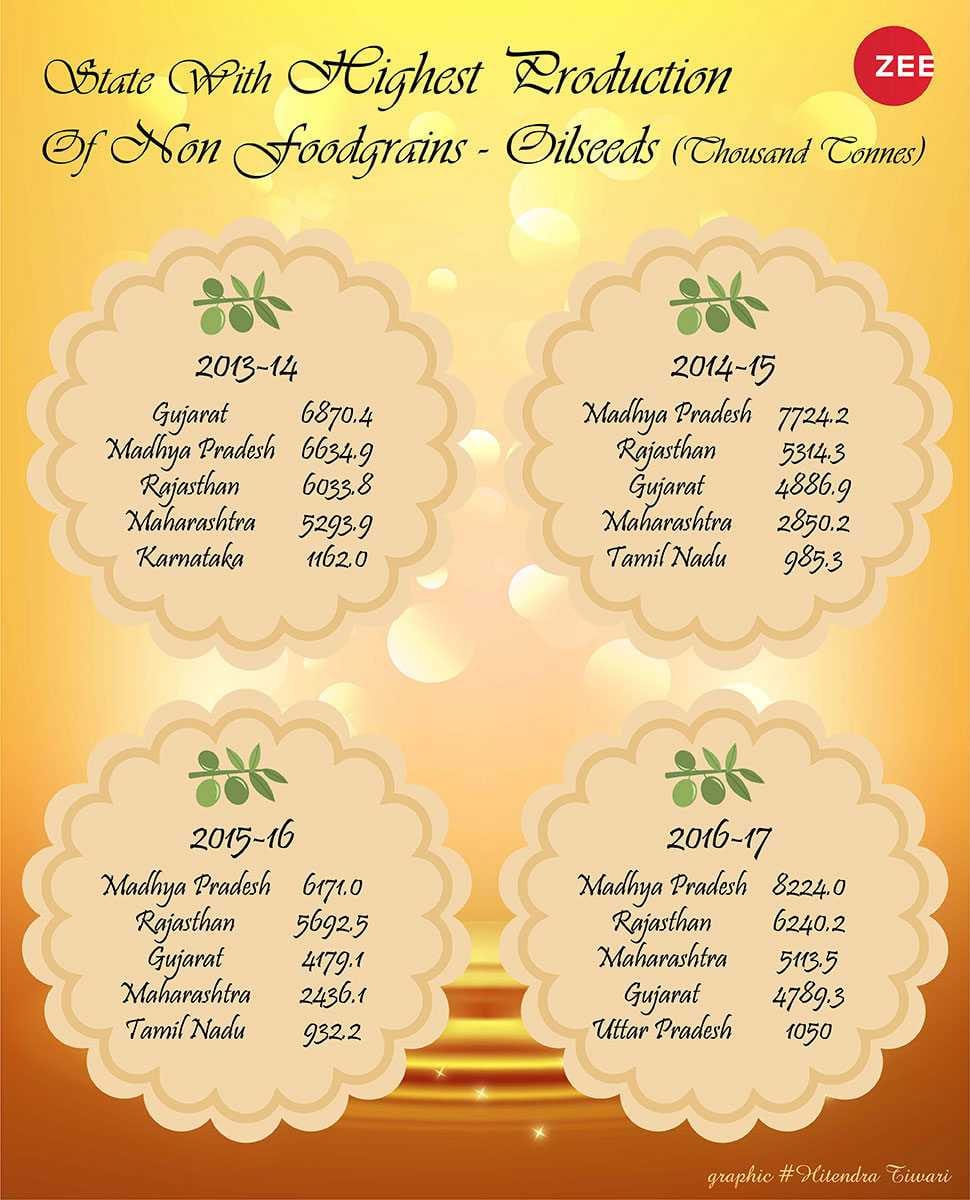 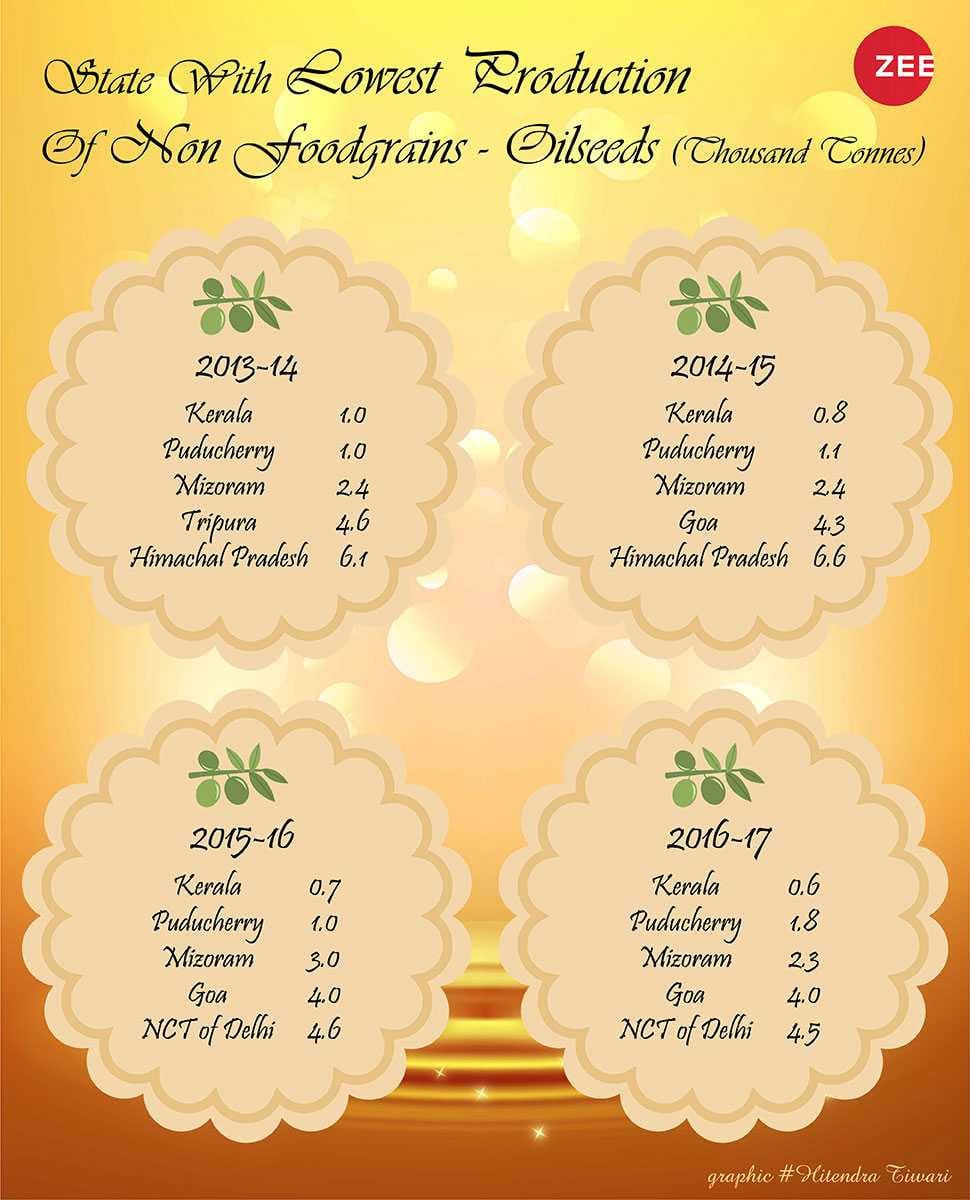 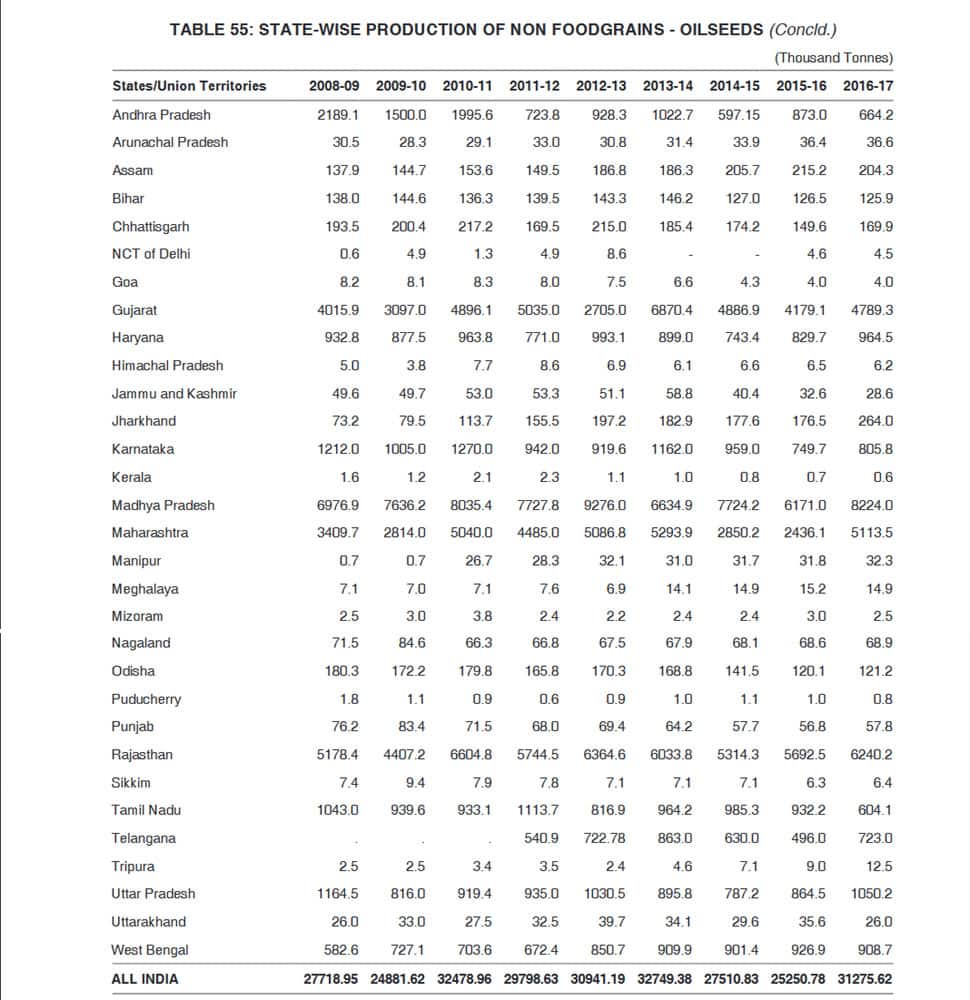 Notes: 1. Oilseeds data comprises total for nine oilseeds out of eleven in all.

2. All India data are inclusive of Union Territories