In the last four years, West Bengal topped the chart for the highest production of Rice.

In the last four years, West Bengal topped the chart for the highest production of Rice (Thousand Tonnes) from 2013-14 to 2016-17 while for the same period Sikkim stood at the bottom of the chart. 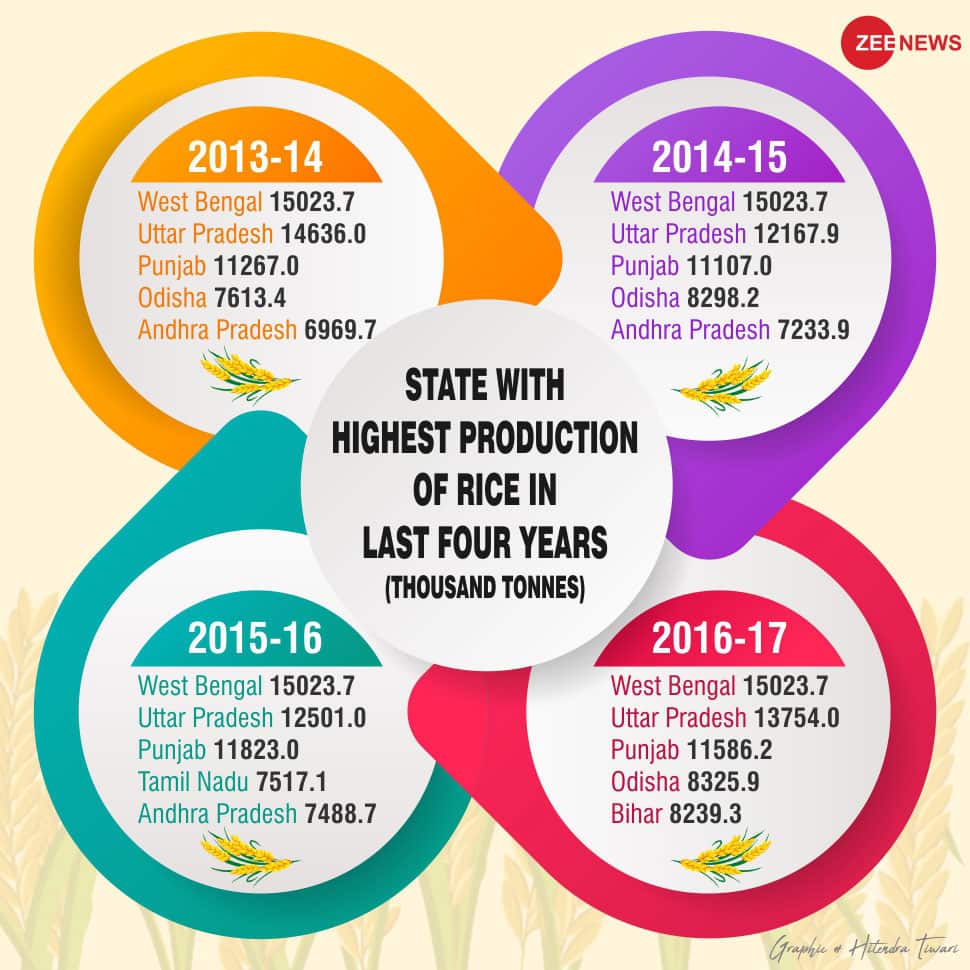 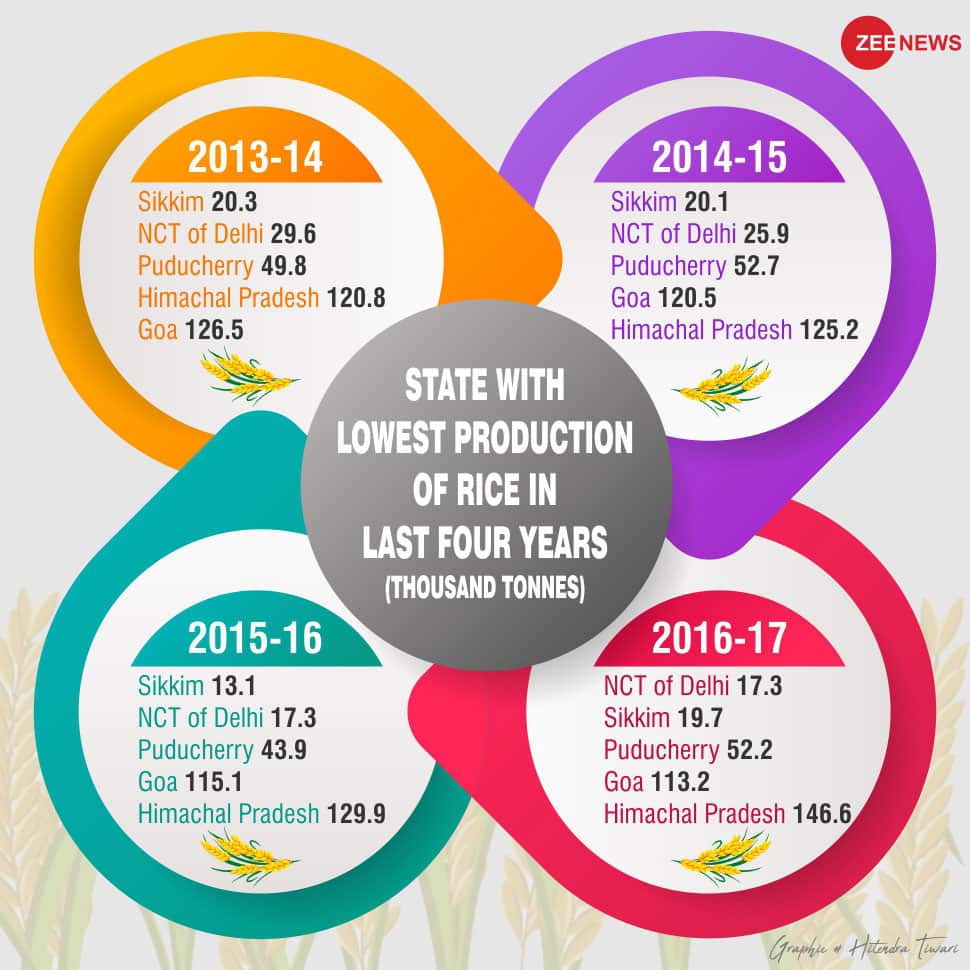 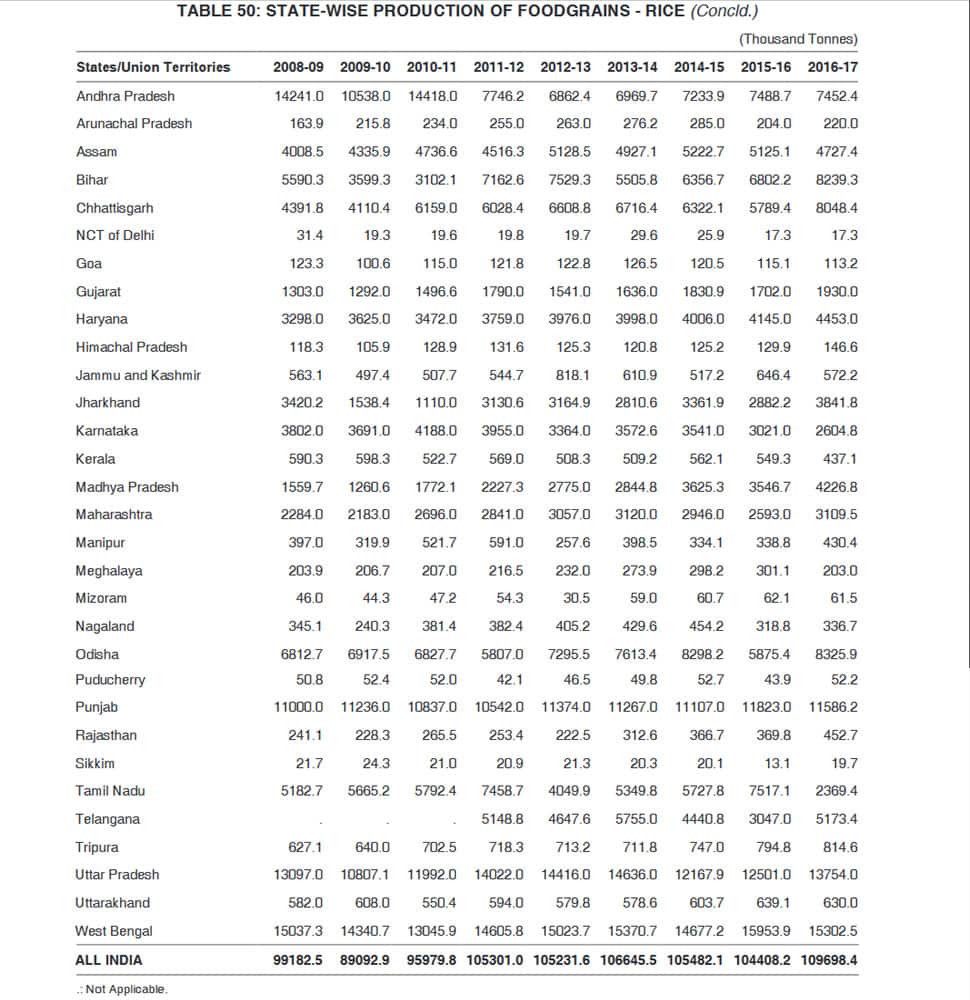