In the last four years, West Bengal topped the chart for the States with Highest Production Of Vegetables.

New Delhi: The Agricultural Ministry annual report 2017-18 has said that India is a leader in production of vegetables like peas and okra. The country also occupies the second position in production of brinjal, cabbage, cauliflower and onion and third in potato and tomato in the world.

“Vegetables are an important crop in horticulture sector, occupying an area of 10.1 million ha during 2017-18 (1st Estimate) with a total production of 180.7 million tonnes with average productivity of 17.8 tonnes/ha. In fact vegetables constitute about 59% of horticulture production,” the report said.

In the last four years, West Bengal topped the chart for the States with Highest Production Of Vegetables (Thousand Tonnes) from in 2013-14 to 2016-17. While for the same period Arunachal Pradesh stood at the bottom of the chart. 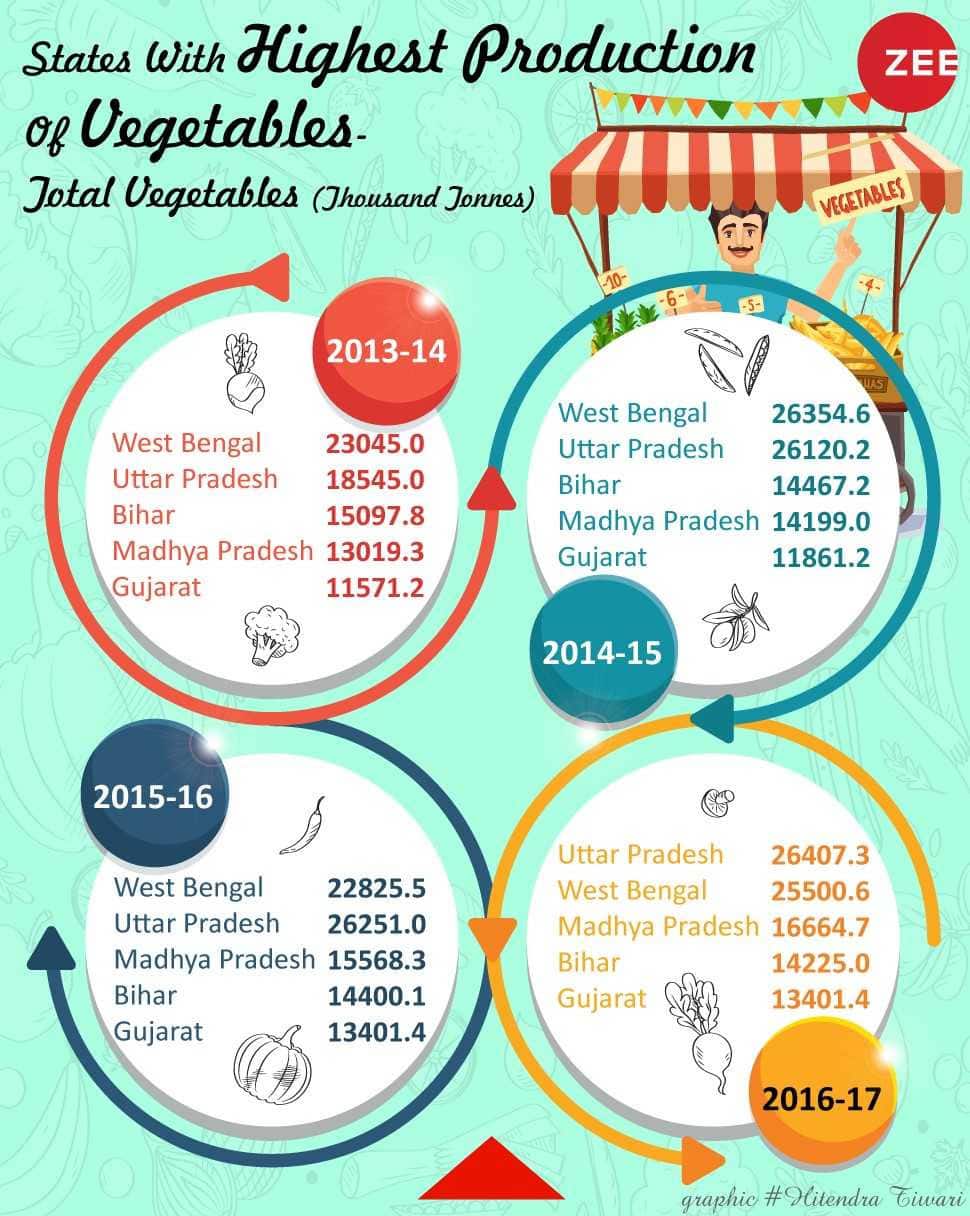 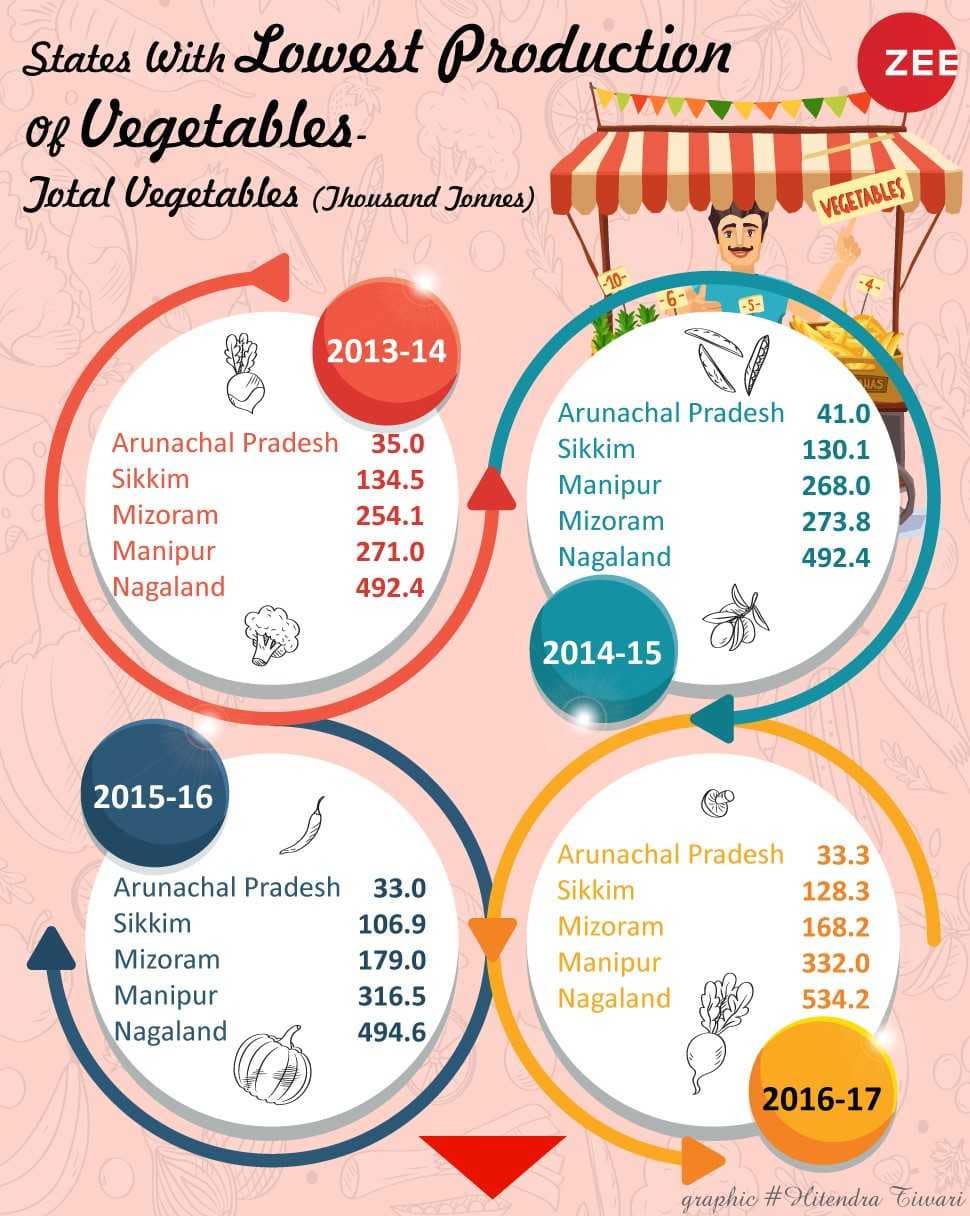