Other states in the higher GSDP of the aforementioned period were Tamil Nadu, Uttar Pradesh, , Gujarat and Karnataka. The states with lower GSDP included Mizoram, Arunachal Pradesh, Sikkim and Manipur.

As per the estimates available from the Central Statistics Office (CSO), the Gross State Domestic Product (GSDP) at current prices of various States from 2011-12 to 2017-18: 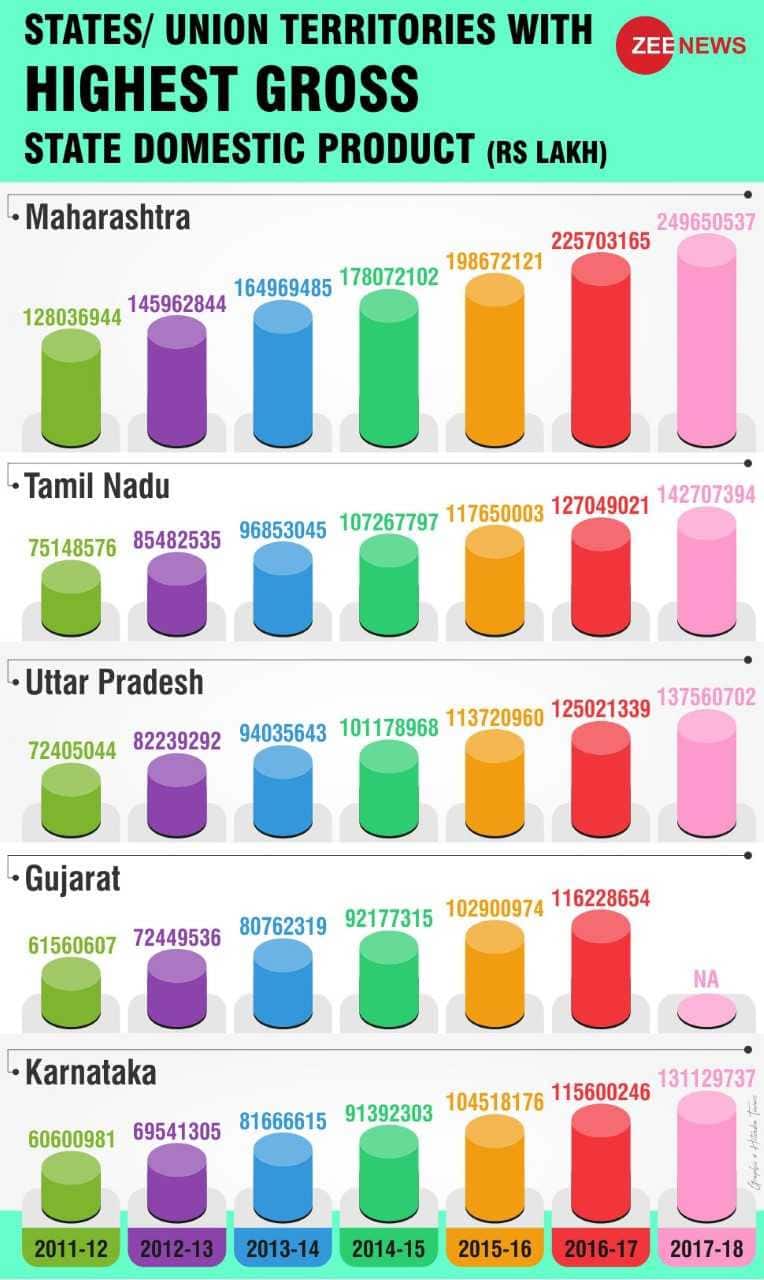 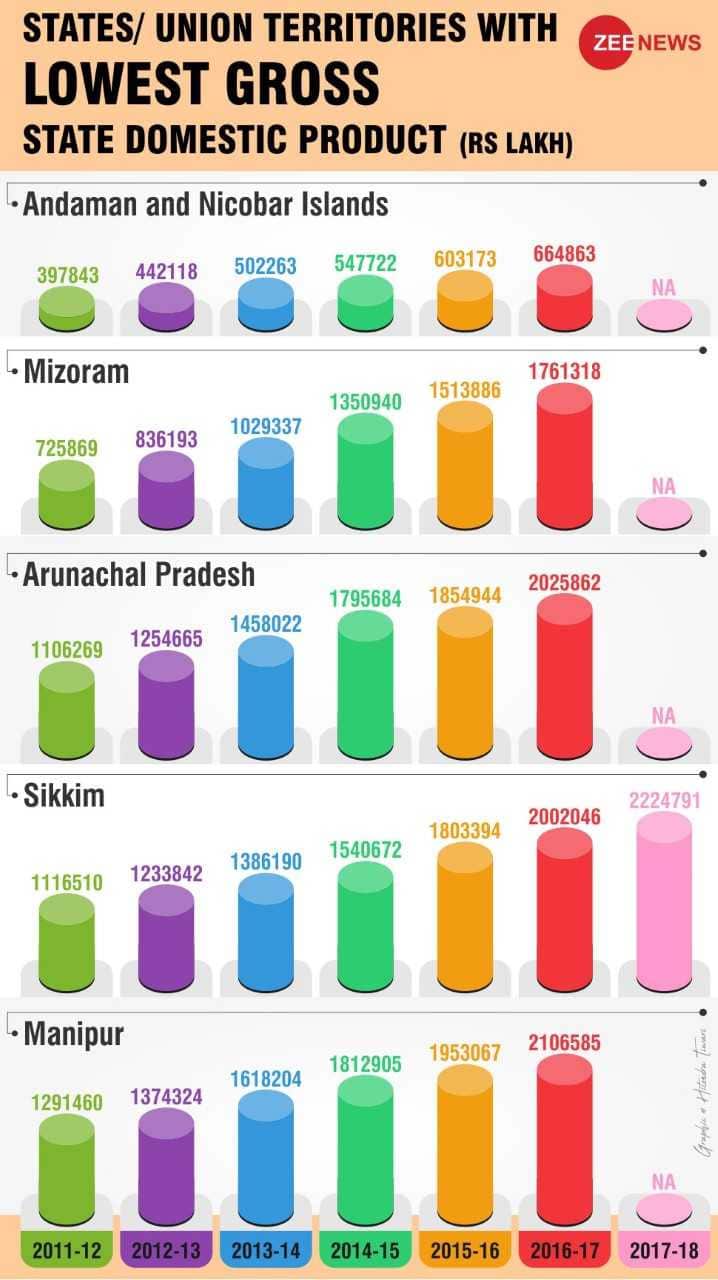 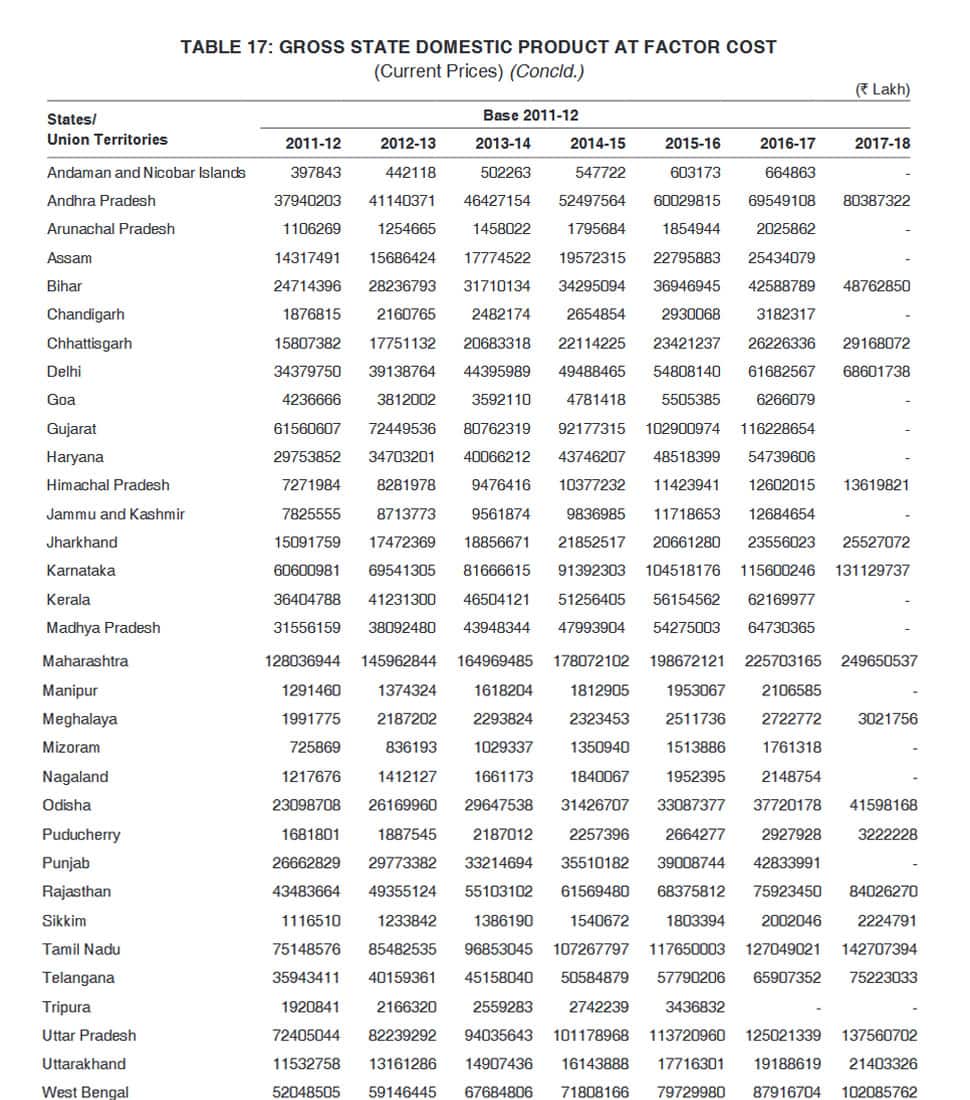 Estimates for the States are at base year 2011-12. Annual estimates of Gross State Domestic Product (GSDP) and Per Capita Income (measured as per capita net state domestic product) at constant and current prices are prepared by all the States/UTs except UTs of Daman & Diu, Dadra & Nagar Haveli and Lakshadweep.