Among bank groups, PSBs, which constitute largest market share in bank lending, have accounted for the bulk of frauds reported in 2018-19.

The number of cases of frauds reported by banks increased by 15 percent in 2018-19 on a year-on-year basis, with the amount involved rising by 73.8 percent, though mostly related to occurrences in earlier years, RBI report said.

“The average lag between the date of occurrence and its detection by banks was 22 months. The average lag for large frauds, i.e.Rs 1 billion and above, amounting to Rs 522 billion reported during 2018-19, was 55 months,” it added. 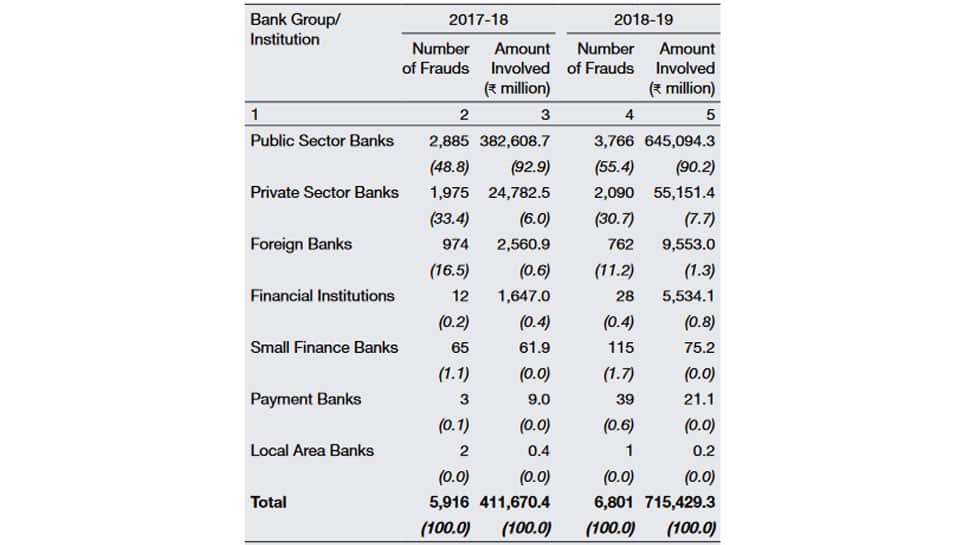 Among bank groups, PSBs, which constitute largest market share in bank lending, have accounted for the bulk of frauds reported in 2018-19. It was followed by private sector banks and foreign banks, the Central Bank said.

Cheating and forgery was the major component, followed by misappropriation and criminal breach of trust. Fraud cases involving an amount of less than Rs 0.10 million (i.e., small value frauds) were only 0.1 percent of the total amount involved in 2018-19, the RBI said.