The FM announced massive spending on rural and urban infrastructure as also lower tax rates for small and medium enterprises. 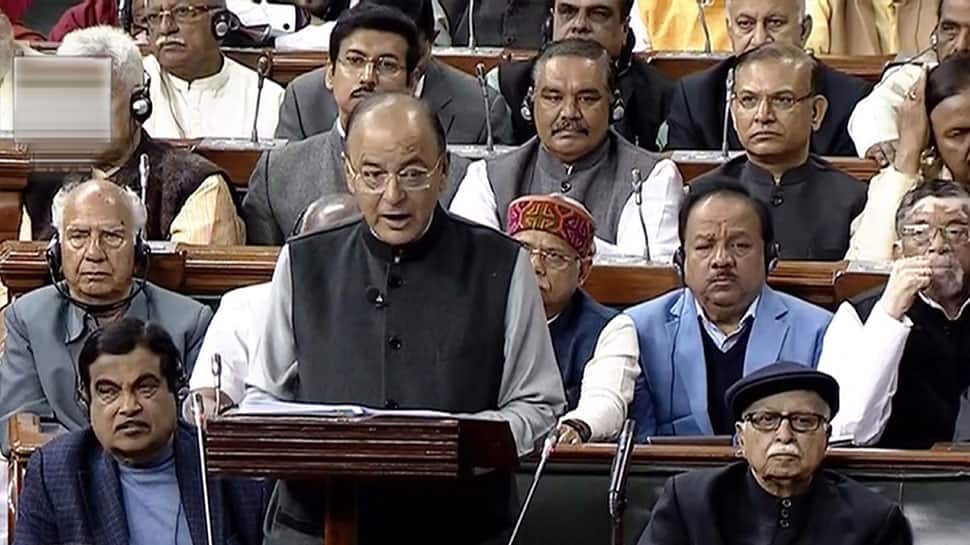 New Delhi: Finance Minister Arun Jaitley presented the budget in Lok Sabha to the repeated thumping of desks by treasury members led by Prime Minister Narendra Modi, who later described it as a vehicle to build a 'new India'.

The FM announced massive spending on rural and urban infrastructure as also lower tax rates for small and medium enterprises.

Here are the quotes from helathcare, infrastructure, realty, agriculture and auto industry.

The Finance Minister's reinforced thrust on Digital India through measures like Wi-Fi Hotspots in rural areas will significantly increase internet penetration making India the largest internet enabled population in the world. Access to internet will create skilled jobs in rural areas, avoid migration, and increase reach of rural population to services (like insurance) available only in cities beyond reach.

Given the lack of enough public healthcare infrastructure, the proposal to launch a social security program with regards to public healthcare - the National Healthcare protection scheme that will support 50 Crore underprivileged with health financing is a welcome initiative that was long awaited.

"The Budget 2018 displays the long-term vision of housing for all by 2022. Considering the impetus given to Smart Cities, Digital India and Affordable Housing, the government has put in all the required ingredients to boost housing sector. Having a dedicated affordable housing priority sector fund under the National Housing Bank (NHB) will open up new avenues for the developers planning to offer budget homes. The ambitious target of providing 51 lakh rural houses and 37 lakh urban houses under the Pradhan Mantri Awas Yojana will be positive for the ancillary industries, as construction will pick up pace. Improving the internet access in rural markets will bring in the next wave of property buyers and sellers online. Overall, the steps announced will increase the supply of housing units in the year to come and hopefully fill the need gap in the market."

India has about 30 crore poor people who live below poverty line and with the National Healthcare Protection Program in place, the government has taken a great step in making quality healthcare accessible to the common man. With this universal healthcare scheme in place, the citizens of India will have easy access to standard treatment.

With this budget, the government has brought in some of the much-needed tax reforms that will benefit the users and will, in turn, result in improving the insurance penetration. The increase in deductions under 80D of The Income Tax act for senior citizens from Rs. 30,000 to 50,000 is a welcome gesture. It would have been helpful if the limit had been increased for the individuals below 60 as well. It will help the financially weak who are worst hit at times of emergencies.

But the budget didn't bring any relief on the GST for health insurance which was another much-needed change as the current rate is very high resulting in health insurance being more expensive.

For the insurance sector, the merging of United, National Assurance Company and Oriental India into a single entity is a very interesting development. The merger of PSU insurers is a positive step for the overall growth of the Industry with better efficiency. Consolidation will be beneficial reducing unhealthy competition and will also contribute to GDP growth of the country.

"With this budget, the Finance Minister has rolled out measures that will benefit agriculture, education, health, power, and women the most. With NITIAayog establishing a National Programme to direct efforts in the area of Artificial Intelligence towards national development is a good sign for technology startups. Also, government taking additional measures to strengthen environment for venture capitalists and angel investors is a good news for the startup economy. We look forward to more action on the proposed train-the-teacher initiative to improve education quality impacting the work force quality in the long term."

"The Union Budget 2018 is a very inclusive and progressive budget for all of us. It is indeed heartening to see that major emphasis has been laid on improvising social security, healthcare and education for everyone down the pyramid.  We welcome the focus on strengthening the MSME sector in the form of capital support and interest subsidy. Investment in infrastructure would help strengthen the overall geographies of India and make it true to ease of living and doing business in the country."

“The increase in the basic customs duty of auto parts, accessories and CKD components varying from 5% to 10%, clubbed with the new Social Welfare Surcharge at 10%, at a time when the auto industry is reviving, is unfortunate, and comes as a surprise. We believe it is going to impact the auto industry, the consumers and is also against the spirit of ‘Make in India’. The increase in basic customs duty hike will highly restrict the growth of the luxury car industry and this will only result in the loss of additional revenue, which would have increased significantly with increase in volume. The auto industry which contributes 7.2% of the GDP is likely to be affected and further job creation might be impacted with this decision. Further, since the customers will be burdened with higher maintenance costs, it is likely that this duty hike may delay their routine servicing, thereby affecting safety and environment at large.