WPI inflation eases to 3.58% in December

The latest data comes within days of retail inflation, based on Consumer Price Index (CPI), touching a high of 5.21 percent in December. 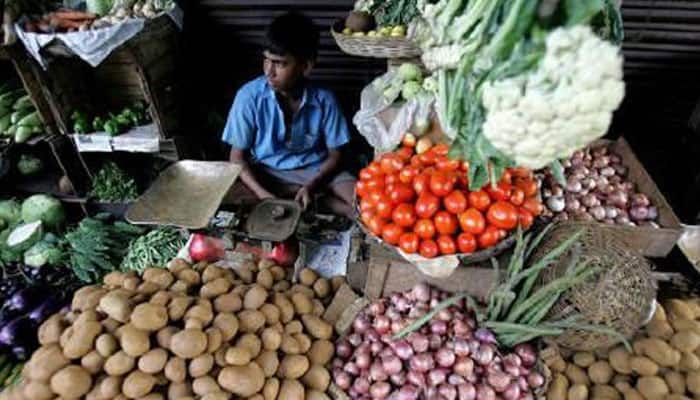 Calculated on Wholesale Price Index (WPI), the inflation was 3.93 percent in November this year.

The latest data comes within days of retail inflation, based on Consumer Price Index (CPI), touching a high of 5.21 percent in December.

As per government data released today, inflation on food articles slowed to 4.72 percent in December, from 6.06 percent in November 2017.

Vegetables too witnessed some softening with annual inflation at 56.46 percent in December as against 59.80 percent in the previous month. Kitchen staple onion witnessed a whopping 197.05 percent price rise in December.

Inflation in protein rich eggs, meat and fish cooled to 1.67 percent in December, while that in fruits spiked to 11.99 percent.

In the fuel and power segment, wholesale inflation rose to 9.16 percent in December, while it was 2.61 percent for manufactured items.

In its last policy review in December, the RBI had kept key interest rate unchanged. It raised inflation forecast for remainder of the current financial year to 4.3-4.7 percent, on account of global crude oil prices and implementation of the 7th Pay Commission recommendations.

Meanwhile, inflation for October has been revised upwards to 3.68 percent from the provisional estimate of 3.59 percent released earlier.