Like many other car manufacturers, Jeep is moving forward with its plans of electrification, and showcasing the manufacturer’s efforts the pics of a compact electric SUV have come to light.

As part of the Stellantis Group’s electrification strategy, Jeep previewed an electric SUV concept in an online event. Now that we know that Jeep is developing a compact SUV that will use an electric powertrain, it has made its first-ever public appearance in san camo. Pictures of the SUV have leaked across the internet. Well, the pictures reveal that the production-spec avatar of the compact SUV is not very different from the concept model that was showcased. In fact, it sports a bright yellow paint scheme that makes it catches a lot of attention.

Now coming to design highlights, the 7-slat grille takes center stage on the front fascia. However, the grille isn’t functional. It is flanked by blacked-out headlamps that come with a rather simple design and elegant design for LED DRLs. The bumper looks chunky, too, with a slim scuff plate. Over to the sides, a set of diamond-cut alloy wheels and chunky black cladding can be seen. The rear door handle is tucked away neatly into the c-pillar. Towards the rear, the tail lamps also feature the smoked effect, while the bumper follows suit like the front one. 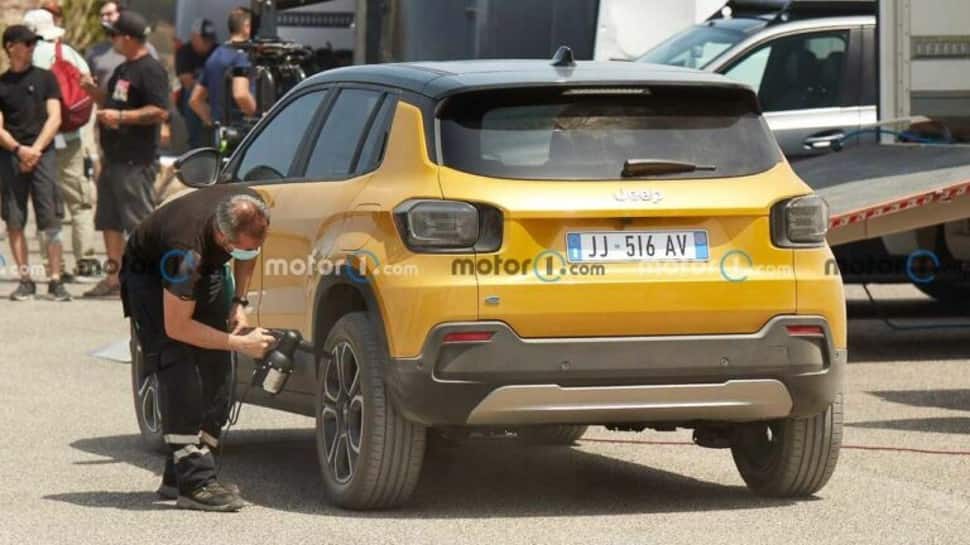 This particular example is a pure EV, as the ‘E’ badge can be seen on the rear fascia. However, the brand is likely to launch both pure EV and ICE renditions of its compact SUV based on the STLA architecture. 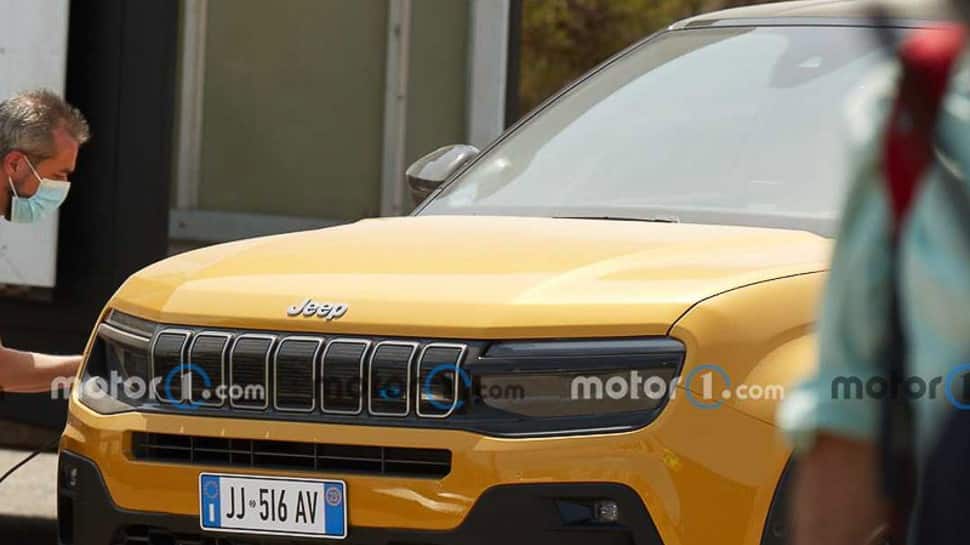 As of now, Jeep hasn’t announced its plans if the compact SUV will be brought to the Indian market or not. If the brand decides to give a green signal, expect the Jeep’s compact SUV to come in a petrol-hybrid avatar to rival the likes of the upcoming Toyota Urban Cruiser Hyryder, Maruti Suzuki Grand Vitara, and more.