Men are becoming more conscious about their looks and grooming. 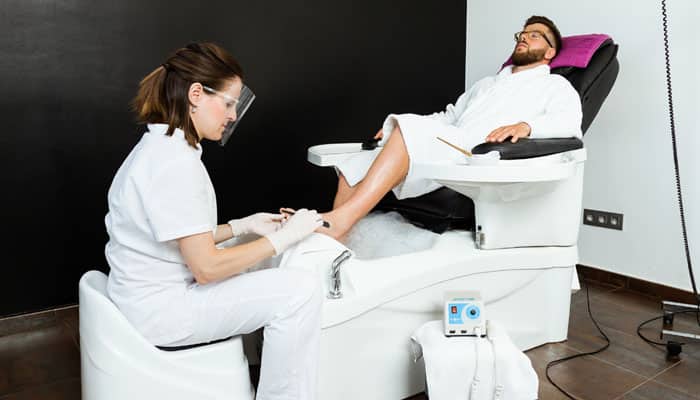 New Delhi: Men are becoming more conscious about their looks and grooming as indicated by the fast narrowing gap between men and women customers opting for salon services, concludes BeauPal.com's 2015-16 Indian Beauty and Make-up Annual Survey.

Among men, the most-used services included facial, hair cut, styling and colour and their average visit frequency is once in 30 days, while it was found that women frequented a salon once every 20 days for services such as facial, hair removal, pedicure and manicure as the most sought-after services.

Facial was the common service used most frequently both by men and women, and the gap in average spends per month by male and female customers was found to be as close as Rs 1,000, read a statement issued by BeauPal.com, an online platform for beauty and makeover-related services and service providers.

According to the survey, the men are aggressively coming closer to the average spends of females on looks and beauty and it is estimated that such increasing beauty consciousness among men will be a key growth driver for the beauty and cosmetic industry in the coming years.

The survey also indicates a rise in men's population availing salon services and challenges past reports which claimed that 85 per cent of salon revenues come from the women population.

BeauPal.com's survey asserts that these figures may not stand true in today's times and estimates that men's population may have risen to contribute as high as 20-25 per cent of a salon's revenue.

This is also evident empirically with the general observation of more and more unisex salons as compared to stand-alone female salons in major cosmopolitans. The study expects more and more female salons to switch over to unisex services to capitalise on this rising trend of men's expenditure on availing salon services.

Is Pitra Dosha really a curse of our ancestors? Let's find out