Tulsi vivah: Know all about the auspicious marriage

Tulsi vivah pooja, a ceremonial marriage, is conducted on Ekadashi and this year it falls on November 11. 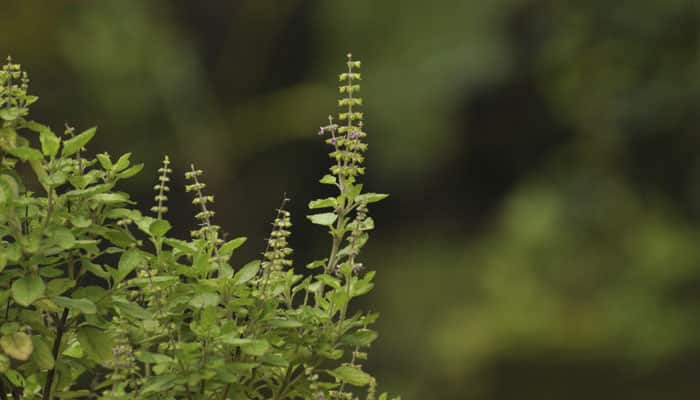 Mumbai: For many Hindus in India, Diwali culminates with the commencement of Tulsi vivah. Tulsi vivah marks beginning of Holy wedding season among the Hindus.

Tulsi vivah is a ceremonial marriage between the Tulsi (basil) and Hindu God Krishna. The marriage of Tulsi with Shri Krishna, an avatar of Lord Vishnu, symbolises God's fondness for purity as a quality.

It is believed that, this marriage is the symbol of perfect marriage in Indian culture. Tulsi, also known as Vishnupriya, is considered sacred among the Hindus. The holy basil is believed to be the abode of lord Vishnu; and Goddess Laxmi, his consort is worshipped in the form of Tulsi.

A day prior to the vivah, the tulsī-vrundāvan (a special structure in which the Holy basil plant is grown) is painted and decorated. Sugarcane and marigold flowers are offered to the vrundāvan; tamarind and Indian gooseberry (amla) are kept at its base. The marriage ritual is performed in the evening. Preferably, the pooja is conducted sitting westward. It is followed by donating food to the priests, which were restricted in the previous month. It is believed that after the pooja is conducted the surroundings become sattvik (spiritually pure).

According to the Hindu calendar, this month is considered very auspicious in terms of festivals and Tulsi vivah during this time is considered the best example of marriage.

Tulsi vivah pooja is conducted on Ekadashi and this year it falls on November 11. Dwadashi Tithi (12th lunar day) begins at 9 hours 12 minutes on November 11 and ends at 6 hours 23 minutes the next day.