Why is Sonam Kapoor ‘Mili’ for `Khoobsurat`? 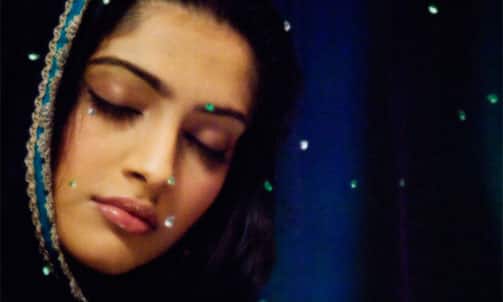 Mumbai: Actress Sonam Kapoor will play Mili in the remake of 1980 Rekha starrer ‘Khubsoorat’. She says that since she and the makers of the new film are huge fans of late director Hrishikesh Mukherjee, who helmed the classic, they decided to club names of ‘Mili’ and ‘Khubsoorat’ in the remake.

Sonam not only stars in the remake titled ‘Khoobsurat’, but has also decided to name herself after another beloved female protagonist from another Hrishikesh Mukherjee 1975 classic ‘Mili’.

Her father Anil Kapoor was the last lead actor to work with the late director Hrishikesh Mukherjee in ‘Jhooth Bole Kauwa Kaate’.

"We are all huge fans of Hrishikesh Mukherjee. My dad worked in his last film. Unfortunately, I couldn`t work with him. Shashank waited four years to do his own take on `Khubsoorat` with me. And since `Mili` is another favourite film of mine by Hrishida, I decided to incorporate that as well into our `Khoobsurat`," she added.

Sonam says her ‘Khoobsurat’ is very different from the original.

"The spirit is the same. The characters are also the same. But the milieu and circumstances have been changed. I thoroughly enjoyed playing a character that Rekhaji has played so wonderfully in the past," she said.

"Obliterating Rekhaji is too harsh a thought. Her spirit runs through `Khoobsurat`. But I haven`t copied her in any way. Not in my clothes, performance or attitude. I am Mili, not Anju," she added.