In The Shadows of Death book review: Engrossing, thrilling read

'In The Shadows of Death: A Detective Agni Mitra Thriller' book review. 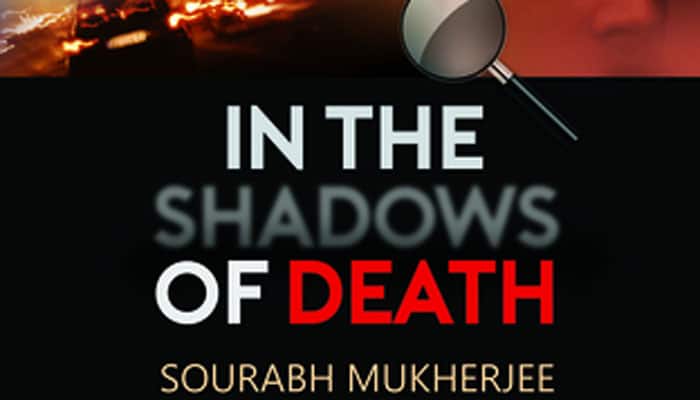 Set in the city of Kolkata, 'In The Shadows of Death: A Detective Agni Mitra Thriller' is a fast-paced pot-boiler which hooks you and keeps you glued to the plot from the very beginning. Just when you think you've got it all figured out as per the clues that the killer leaves like crumbs, the author throws you off the path repeatedly with the twists.

The story transports you to the streets of Kolkata, both emotionally and intellectually.

The character of detective Agni Mitra (protagonist in the book) has been rendered in a very believable and realistic fashion. The author has rummaged into the human psyche and used it as the basis for the detective's theories.

Mukherjee, who works in a consulting and technology services firm, has explored the materialistic, urban life, its turmoils and fragility of relationships. He has put forward the conflicts of Agni's inner core and how the protagonist eventually surmounts those to catch the serial killer.

Crisp, well-composed and in a good flow, there are no loose ends to irk your mind. At the end, even the killer turns out to be humane instead of the twisted monster that one was expecting.

Like some of India's reality TV shows, the story also highlights how difficult it has become to trust others.

Interestingly, detective Agni also points to the constraints faced in an investigation, when files remain without movement in some departments, unlikely to reach towards a resolution. This seems be a metaphor for how investigations are sometimes handled or rather mishandled in India.

Overall, the book is a page turned till the end with its fluid narrative infused with twists and revelations, which constantly raise your curiosity level. Several flashbacks in the book also keeps a reader's interest level high.

A heady concoction of thrill, mystery, psychology and humanity is what makes this book such an engrossing fare.

Tags:
In The Shadows of Death: A Detective Agni Mitra ThrillerSourabh MukherjeeSrishti PublishersBook ReviewBook
Next
Story