Meenakshi Seshadri's latest picture from Texas, where she moved after quitting acting is enough to quash the death hoax. 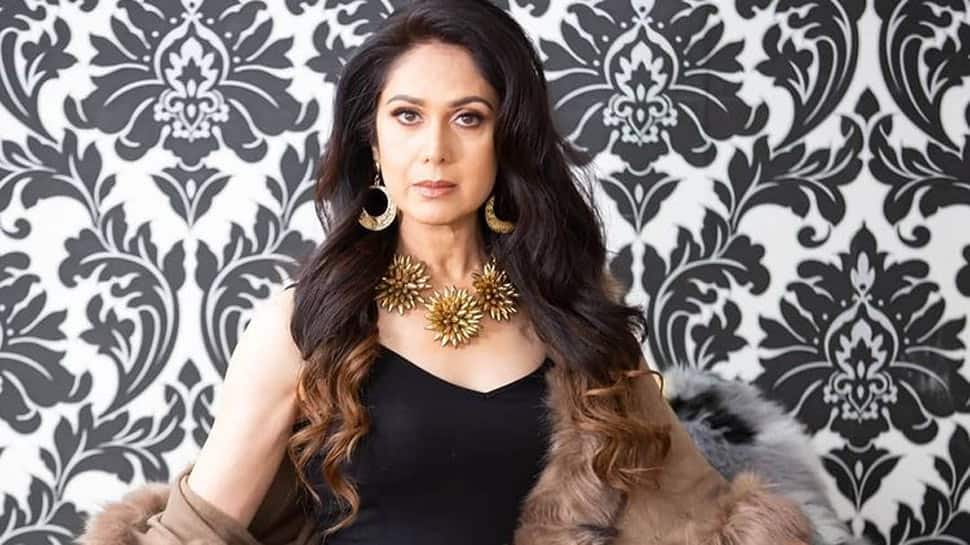 New Delhi: As the country is reeling under the dark clouds of deadly novel coronavirus second wave, people should stay away from all kinds of rumours hitting the internet. Amid pandemic, reports claiming classic actress Meenakshi Seshadri of Damini fame no more hit social media, leaving her fans shocked. However, turns out it's a hoax.

Meenakshi Seshadri's latest picture from Texas, where she moved after quitting acting is enough to quash the death hoax. Wearing a red kurta, the actress can be seen practising a dance mudra in her lush green lawns. Take a look:

She is not the first one whose death rumours have hit the internet. Recently, singer Lucky Ali, veteran actor Arvind Trivedi, who played the iconic role of Ravana in Ramanand Sagar's Ramayan, too have found rumours of their death running wild on social media.

Thankfully, all of these turned out to be false and misleading.

Meenakshi Seshadri, who ruled the 80s and early 90s left the showbiz world after marrying an investment banker named Harish Mysore in 1995. She moved to the US and is currently settled there.

Meenakshi was a popular name back in those days and starred in movies like Damini, Hero, Meri Jung, Allah Rakha, Gangaa Jamunaa Saraswathi, Shahenshah, Bees Saal Baad and Kshatriya to name a few.

Her on-screen pairing with Sunny Deol, Jackie Shroff and Rishi Kapoor was liked by the audiences.