New Delhi: Bollywood actress Manisha Koirala, who has ruled the Hindi Cinema for decades has treated her fans with unseen picture from her initial career days. She shared a throwback picture from her first photoshoot and now her fans can’t keep calm.

Manisha posted the picture on her Instagram handle and wrote, “Throwback ... my first photoshoot #throwbacktuesday.”

In the post, we can see a monochromatic picture of the stunner with short wavy hair and a straight face.

The post has gone viral on social media and even actor Ayushmann Khurrana couldn’t resist sharing it in his Instagram story. 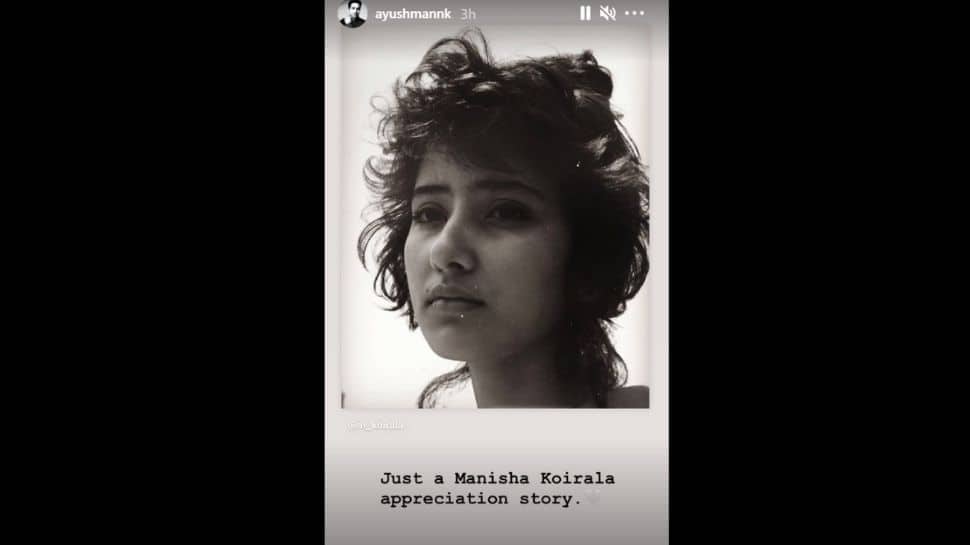 Manisha started off her career as a model and later debuted with a Nepali film ‘Pheri Bhetaula’ in 1989. Two years later, she made her Bollywood debut with Subhash Ghai's ‘Saudagar’, which was a huge commercial success.

She shot to fame with films like 1942: A Love Story, Agni Sakshi, Gupt, Mann, Bombay, and Lajja to name a few.