The Moroccan beauty Nora Fatehi is killing it with her sexy moves in a recent video gone viral on the internet. Nora recently shared a new dancing video on her Instagram handle. 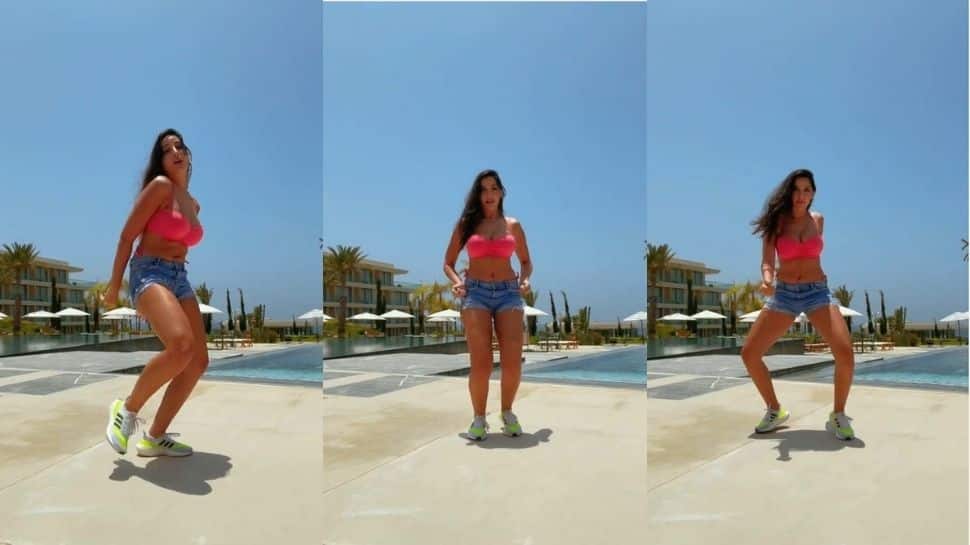 New Delhi: The Moroccan beauty Nora Fatehi is killing it with her sexy moves in a recent video gone viral on the internet. Nora recently shared a new dancing video on her Instagram handle.

Sharing the video of her hot moves, she wrote, “Summer time vibes.. back up and wine it..
Dance creator @reginaeigbe..”

In the video, the stunner can be seen dancing to Drake’s One Dance in a pink bikini top and denim shorts under the sun.

The video has gone viral and has already crossed 8 lakh likes in mere 2 hours on the photo-video sharing app. It is receiving overwhelming love from fans as the comment section flooded with heart and fire emojis.

The Moroccan beauty was first seen in the reality show Bigg Boss season 9. She made her Bollywood debut with Roar: Tigers of the Sundarbans. Her popularity in Telugu cinema began with hit songs in films such as Temper, Baahubali: The Beginning and Kick 2.

On the workfront, Nora recently featured in music video 'Chhor Denge' alongside actor Ehan Bhat. Crooned by Parampara Tandon, the revenge song has crossed 70 million views on YouTube since its release. She will be next seen in Abhishek Dudhaiya's 'Bhuj: The Pride of India'.