Fadnavis had convened a meeting on Saturday which was attended by MNS President Raj Thackeray, Karan and Film and Television Producers Guild of India's President Mukesh Bhatt, among others at his official residence in Mumbai to resolve the imbroglio. 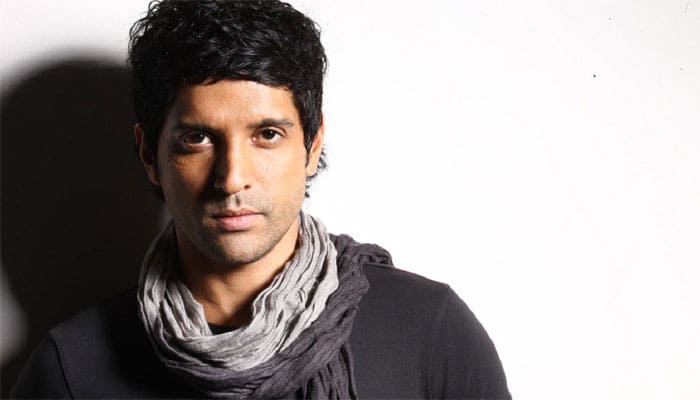 New Delhi: The on-going 'Ae Dil Hai Mushkil' controversy has been inviting a lot of reactions from Bollywood celebrities lately. Now,  Farhan Akhtar has opened up about this issue and he doesn't seem to be liking the scenario.

The Karan Johar directorial is facing a major backlash from some sections of Indian society for featuring Pakistani actor Fawad Khan.

The 'Student Of The Year' director received a major breather when Maharashtra Navnirman Sena on Saturday allowed the release of 'Ae Dil Hai Mushkil' but with a condition. All the producers who employed Pakistani artists, must pay Rs 5 crore each into the Indian Army's welfare fund as atonement. Distributors and cinema owners have also come forward in support of the film.

Reacting to this, Farhan told Indian Express, “The only word, I think, that comes to mind is unfortunate, because it has set a terrible precedent.”

“It’s not even the government telling you what you should be doing and not doing. So who are you listening to? You are listening to the people who are threatening you with violence,” the 'Don' director added.

He also asked why only film industry targetted every time! "Why only the film industry? Because we are easy targets. Why don’t you stop business between India and Pakistan, this two billion dollars of business that happens every single year. Stop it, go the whole hog. This is like window dressing,"  he further said.

Fadnavis had convened a meeting on Saturday which was attended by MNS President Raj Thackeray, Karan and Film and Television Producers Guild of India's President Mukesh Bhatt, among others at his official residence in Mumbai to resolve the imbroglio.

Thackeray said henceforth, all Pakistani artistes, including actors, singers and directors shall be permanently banned from Bollywood.