Salman Khan, Shah Rukh Khan are not stars but co-stars for Nawazuddin Siddiqui

When I am on set, Shah Rukh and Salman are co actors for me. 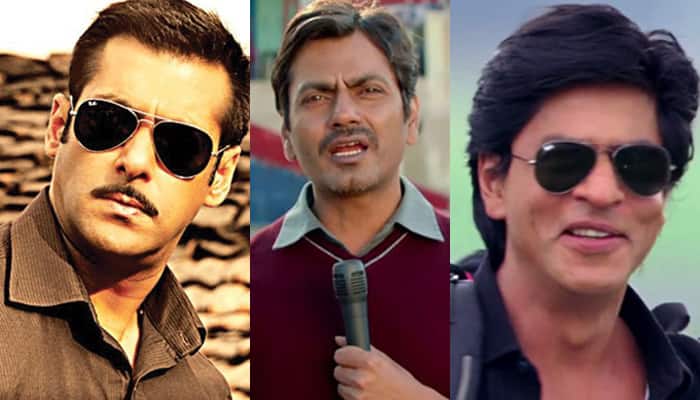 Mumbai: Nawazuddin Siddiqui, who has A-listers of Bollywood wishing to work with him, says he does not want to think about the prominence of big stars like Shah Rukh Khan and Salman Khan as he considers them as colleagues when he is performing.

Nawazuddin, who worked with Salman in ‘Bajrangi Bhaijaan’ has just completed his first schedule with Shah Rukh Khan for ‘Raees’, in which he plays a policeman.

"When I am on set, Shah Rukh and Salman are co actors for me. If I start thinking I am working with Salman then as an actor, I would not be able to improvise the character I am playing. During shooting, I do not want to think about with whom I am working as it will corrupt my performance," he told media as e shared his experience of working with both the Khans.

The 49-year-old actor, who is riding on the success of his last outing ‘Manjhi: The Mountain Man’, will be seen with megastar Amitabh Bachchan in Sujoy Ghosh's next.

"I think as an actor my work is to give the best performance. If I continue to think about Shah Rukh and Salman as stars then I am not showing the proper respect to their characters as well as mine. You should be honest at your work," he added.

Know what Amitabh Bachchan is saying about tiger conservation