'DID Super Moms' finale: Varun, Shraddha, Sushant to dance away

Actors Varun Dhawan, Shraddha Kapoor and Sushant Singh Rajput will add star power to the grand finale of dance-based reality show ‘Dance India Dance Super Moms’. The trio will be seen shaking a leg on hit numbers from their films. 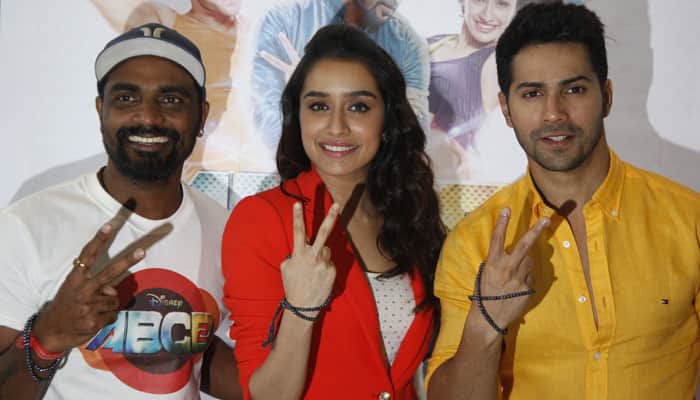 Co-hosted by Karan Wahi and Ravi Dubey, the finale episode, which will be aired on Saturday on Zee TV, will also witness a special performance by Bollywood stars Govinda and Karisma Kapoor, who will recreate the aura of their time by performing on songs like ‘What is your mobile number’, ‘Main toh raste se ja raha tha’, ‘Husn hai suhana’, ‘Sarkai lo khatiya’ and ‘Goriya churana mera jiya’.

Govinda is a judge on the show along with ace choreographers Terence Lewis and Geeta Kapoor.

After getting some professional dance training from their respective masters, the four finalists, who will be vying for the winner's trophy of the second season of ‘Dance India Dance Super Moms’ are Harpreet Khatri, Somyashree, Sneha Adapawar and Dipashree Chatterjee.

Varun and Shraddha, who have previously also appeared on the show to promote their forthcoming film ‘ABCD 2’, will shake a leg with the finalists and will double the entertainment dose by singing songs like ‘Sun Saathiya’ and ‘Happy Birthday’.

Meanwhile, Sushant, who will next be seen playing the title role in Indian skipper M.S. Dhoni’s biopic, will dance with Shraddha on the romantic track ‘Ishq wala love’ from 2012 film “Student of the Year”.

To add to the comic element in the finale, Varun and Sushant will be seen pulling Karan's leg along with comedian Siddharth Sagar.

From hip-hop and jazz to Bollywood and freestyle, the grand finale is likely to be a dancing extravaganza which will entertain the viewers with some power packed performances.