The person who steals the thunder from everyone else in 'Baaghi' is ace comedian Sunil Grover. 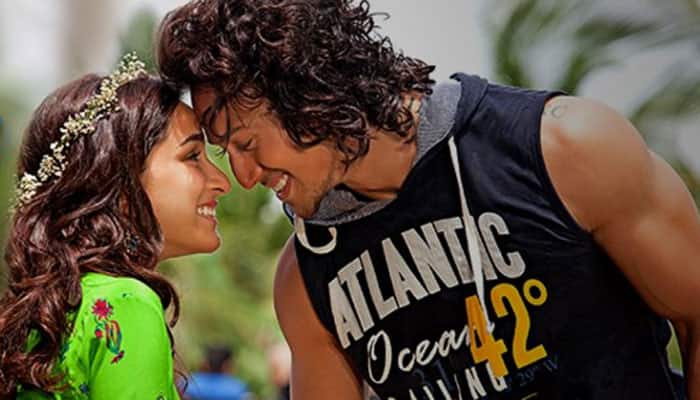 New Delhi: It all started as a tale of friendship. Then, romance jumped in. Soon after, the film got driven by revenge. And, at the end, we were served a confusing mixture of everything that is required to make Bollywood film a success. But, Tiger Shroff and Shraddha Kapoor starrer 'Baaghi' somehow managed to entertain the audience throughout.

Okay! So, the first things first. We failed to understand director Sabbir Khan's obsession with the rain. Be it romance or fight sequences, the movie will offer you a lot of drenched bodies jumping on each other. And at one point, it turns out to be a bit irritating.

Tiger keeps on saying 'abhi toh maine start kiya hai'. Well, we don't want to sound harsh but the beginning of the film will make you feel that both the leads are trying too hard to act cute. Tiger, who turned two film old with this movie, was not much impressive during the initial romance sequences.

Sorry Tiger but your smile was a little too fake.

The person who steals the thunder from everyone else in 'Baaghi' is ace comedian Sunil Grover. The man has got a very limited role but he shines brightest among all by doing justice to his character.

The flawed storlyline presents a lot of cliché including a bunch of songs, flashback and emotional baggage. Ronny (Tiger Shroff) is an indisciplined rebel who visits South India to undergo formal training in Kalaripayattu (martial arts style) in order to fulfil his late father's last wish. And, guess what! He shares his love interest Sia (Shraddha Kapoor) with the most skilful student of the same academy, Raghav (Sudheer Babu). It all gives birth to a mega fight between the protagonist, the antagonist, and all other small time baddies.

Without-a-doubt, the action sequences in 'Baaghi' were far beyond our expectations. Tiger has surpassed the stunts that he showed us in his debut film and emerged a bigger fighter here. First half of 'Baaghi' is only romance with glimpses of action scenes coming in as fillers. Shraddha keeps on making appearances in the second half of the movie just to make us realise her presence.

Drumrolls  Tiger's showdown with Sudheer were actually more interesting than their fight. In 'Baaghi' Tiger has done brilliantly what he does the best (action, duhh). We were disappointed to see shirtless Tiger fight a villain who is donning a designer wear. This is one of the major reasons why we feel that the director wasted Sudheer in his  Bollywood debut. But, he definitely left his footprints on our hearts.

Sabbir Khan's filmmaking is average. Only high points in the film are its action sequences which are crafted in such a way that they will take away your breath. With a dash of comedy and emotions, 'Baaghi' turns out to be a one-time-watch. It is not an unmissable film, but you won't regret watching it either.