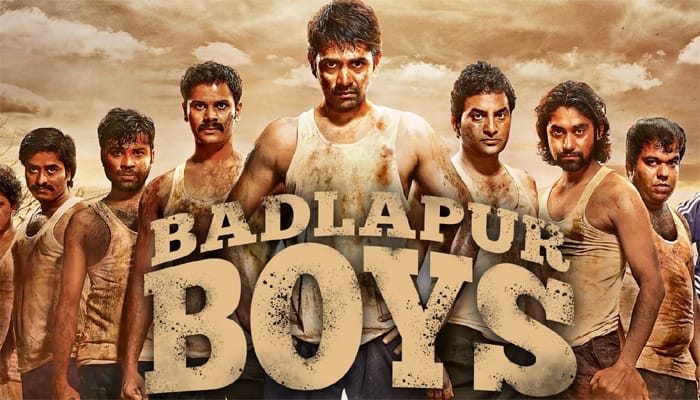 They are a bunch of losers. And the film doesn't hesitate in portraying the losers in the most unflattering light. The charm lies not in the sophistication of presentation (of which there is nil), but in the way the people in this small-village big-hearted film respond to their rural environment.

When the villagers' plea for a water dam falls on deaf ears, the hero's father immolates himself, leaving behind a son Vijay (newcomer Nishan) who would henceforth be called 'paagal baap ka beta'.

Remember that other towering Vijay in ‘Deewaar’ seething and simmering with that tattoo 'mera baap chor hai'?

This Vijay is far milder, almost a lamb. The film reveals a remarkably gentle and guileless soul. Vijay and his kabaddi-playing friends seem to stuck in a time-warp in their village in Uttar Pradesh. They live, talk and respond to the changes in the outside world with a disarming disregard for progress.

Interestingly, the romance that grows between Vijay and Sapna (Saranya Mohan), who has played the same role earlier in the Tamil and Telugu versions of the story, is set in an annual village mela where they see each other, fall in love without exchanging words and then separate without exchanging names, let alone numbers.

Does the phone even exist in this archaic world? ‘Badlapur Boys’ takes us to a rural setting that barely exists any more. But exist, it does, though I don't see audience identifying with the characters and their uncomplicated personal and social needs -- water in the village, victory in a kabaddi match and another meeting with the girl that the hero sees at the 'mela'.

The last, never happens. The film comes to a rather unexpected finale. Like a good match of kabaddi, the plot stays a step or two ahead of us. There's never a dull moment here.

‘Badlapur Boys’ mixes the newly-revived thrill of the game of kabaddi with an old fashioned melodramatic plot. The authentic locations and a deep affinity with the grassroot level add to the rugged sporting spirit.

Ishaan in the lead is a change from the over-muscled under-talented newcomers who have come in lately. The rest of the cast knows what to do -- not get caught hamming!