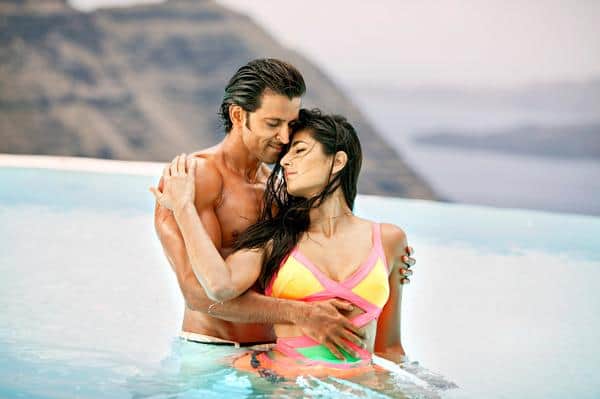 What would you expect from a film, when the teaser itself creates sizeable excitement and becomes an instant hit? What would you look out for when the tracks from the film become a massive rage? A blockbuster film, right? Alas, touted as one of the most anticipated films of 2014, ‘Bang Bang’ starring Hrithik Roshan and Katrina Kaif, hasn’t really lived up to the hype that was created.

Siddharth Anand’s last film - ‘Anjaana Anjaani’- was much better than his promises for the latest venture, ‘Bang Bang’- an official remake of Tom Cruise and Cameron Diaz’s ‘Knight and Day’. The filmmaker assured a film that will see bullets flying, but hasn’t been able to deliver anything more than that. ‘Bang Bang’ outdoes ‘Knight and Day’ in terms of plot. It is loosely based on the movie and that's about it!

Rajveer (Hrithik Roshan) steals the revered Kohinoor in London and soon finds a striking deal with Hamid Gul’s (Javed Jaffrey) accomplices in Shimla. But, he doesn’t really want to exchange the diamond for the fortune that he is offered. He indulges in some major hathapai with the goons but conveniently manages to escape. He suddenly lands in one of the most happening places in the city and comes across Harleen (Katrina Kaif), who is busy waiting for her date in a restaurant. Harleen is a naive girl raised by her grandmother whose love story inspires her. Hence, she is earnestly waiting for her dream man. She mistakes Rajveer to be Vicky (blind date) and waves at him. Rajveer who is already smitten by her beauty reciprocates her gesture and soon the two hit it off. 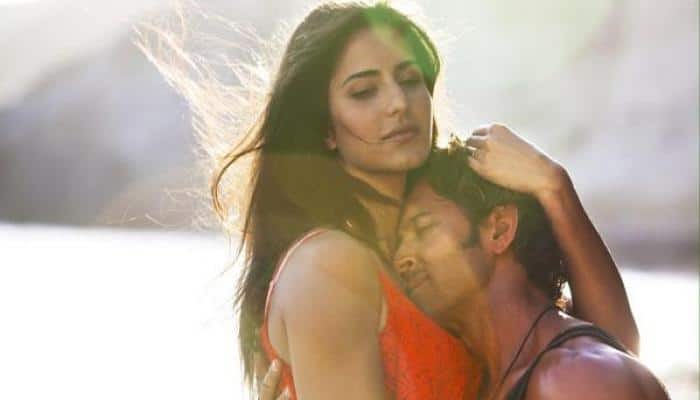 However, Harleen, who works with Bank of Shimla, doesn’t know who Rajveer is and what his true intentions are. Soon the two are driven by circumstances (contrived) to travel the risky path of protecting the Kohinoor from Hamid Gul’s men and the intelligence agency. Hamid Gul is no ordinary terrorist/smuggler. He is a close associate of Omar Zafar (Danny Denzongpa), the man who wanted an Indian to steal the Kohinoor and in return offer the thief mammoth monetary compensation. Make no mistake, Omar tops Interpol’s ‘Most Wanted’ list!

The film boasted of having stellar writers on board. But sadly Sujoy Ghosh and Suresh Nair, who co-wrote the screenplay for Vidya Balan’s ‘Kahaani’, couldn’t do much this time. Abbas Tyrewala’s dialogues are simple and suit only certain sequences between Rajveer and Harleen.

You will certainly have to leave logic behind, if you do intend to watch the movie. In one part of the movie, the lead pair reaches a virgin beach from Shimla and eventually the waves push them and they magically land in Prague. Sounds bizarre?

Anand has taken too much of a liberty in the name of action cinema. A bullet pierces the right side of Rajveer’s chest, but he doesn’t really seem to be in pain. He easily plucks it with a knife and just a patch of blood stain is seen on his shirt. Wow!

Cinematography by Vikas Sivaraman and Sunil Patel is brilliant, editing is fine (one can see the use of jump cuts quite often which can’t really be helped as the story was so sans logic). And yet, the action sequences are incredibly brilliant.

Coming to the performances, Hrithik is superb. Katrina’s performance in the film is just an extension of her work in her previous ventures. Veteran actor Danny Denzogpa is masterly and so is Javed Jaffrey. But the two indeed have very little screen time to show their worth.

Music by Vishal-Shekhar is good but nothing beyond that. (read: songs became an instant hit soon after they were released).

Overall, ‘Bang Bang’ is a complete let down. The film has nothing really to offer expect some breath-taking action sequences and a sizzling hot chemistry between Hrithik and Katrina.

Watch the film only if you are a fan of either of the two actors!