Banjo movie review: Despite Riteish Deshmukh, this film is a dreary gig 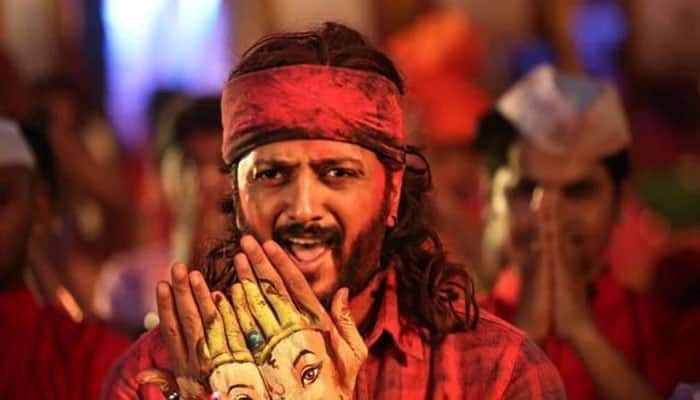 Ravi Jadhav's Banjo, a musical drama that centres on a band of Mumbai slum boys who whip up a storm with their voices and instruments, is a botched-up cinematic gig that no amount of noise can revive from its innate inertia.

Lead actor Riteish Deshmukh, in a rare solo-hero outing, puts his best foot forward, but the film's screenplay is so terribly insipid that all his efforts can only go waste.

Deshmukh, who was the producer of Jadhav's super- successful Marathi film Balak Palak, lends his weight to the director's first Hindi film by playing the onscreen role of a Dharavi man Taraat, who is a corporator's bouncer by day and a banjo player by night.

Socially, these guys belong to the wrong side of the tracks and have to struggle to make ends meet. It is only when they produce music that the blues are blown away.

The sound that the band generates travels via a recordist (Luke Kenny, one of the brighter spots in this soulless film) to the ears of a New York singer named Christina (Nargis Fakhri).

The impressed girl decides to collaborate with the banjo player and flies to Mumbai in search of the man and his music. She finds him only after a great deal of snooping and sleuthing around although fate brings the two together right at the outset.

Taraat has to contend with a fluttering heart that develops a soft corner for the pretty New Yorker before he can get down to working on the songs that promise to change his life for good.

Also in his way is a rival banjo player who envies his success, a standoffish studio boss who pooh-poohs his talent and a land-grabbing builder who has his eyes on a patch of land in the slums.

The multiple detours that the screenplay takes to arrive at its destination slow down the progress of the plot without ever coming close to adding any value to the film.

Banjo is a drab and dreary show that suffers the deleterious effects of a sloppy script, uneven acting and corny dialogue.

Sample this: Woh morni apun uska mor (She is my peahen, I am her peacock), the hero says about the girl he is secretly in love with. Whoever speaks like that in the real world?

Banjo pretends to be a gritty, close-to-the-bones depiction of life in Dharavi, but what it achieves is a half-hearted take on the struggles of earthy musicians who have to negotiate the rules of an industry where only slick manipulations work.

Deshmukh is more than passable and Luke Kenny, back on the big screen after a long hiatus, is clearly an actor who deserves greater play in Hindi cinema.

The biggest put-off in Banjo is Nargis Fakhri as her performance is excruciatingly stilted.

Coupled with restrictions imposed on her by a slovenly storyline that hardly moves, her mannered dialogue delivery robs Banjo of all vestiges of spontaneity.

Music composers Vishal-Shekhar contribute a few foot-tapping numbers to Banjo, but everything else in the film is a drag. Only for Riteish Deshmukh fans. The rest can give Banjo a miss.