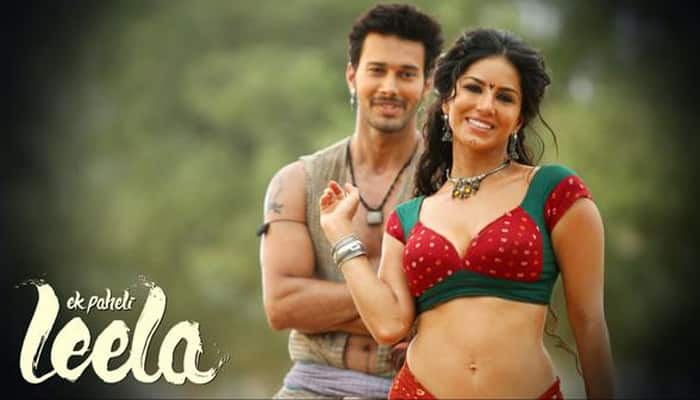 It is interesting to see Sunny Leone's name as a solo credit during the titles while the names of her male co-stars are bunched together.

Yup, the Hindi film heroine has come of age. How much so, is apparent when we see Sunny Leone, the brunt of so many giggly jokes just two years, take centre-stage in this surprisingly engagement and yummy yarn about a sexy British-Indian model who in her previous life was a sexy Rajasthani chokri whom the local sculptor lusted after.

Amusingly Ms Leone flashes more of her ample cleavage 300 years earlier in the pre-incarnation flashback than she does in the present. The very fetching Ms Leone's skin-show, done in temperate measures, provides an apt sense of continuity to a plot that is partially inspired by Shakti Samanta's ‘Mehbooba’. The hummable Amaal Malik track ‘Tere bin nahin laage’ is used to nudge Sunny Leone's memory awake in much the same way that the haunting R.D. Burman track ‘Mere naina saawan bhadon’ was used in ‘Mehbooba’ to refurbish Hema Malini's memory. 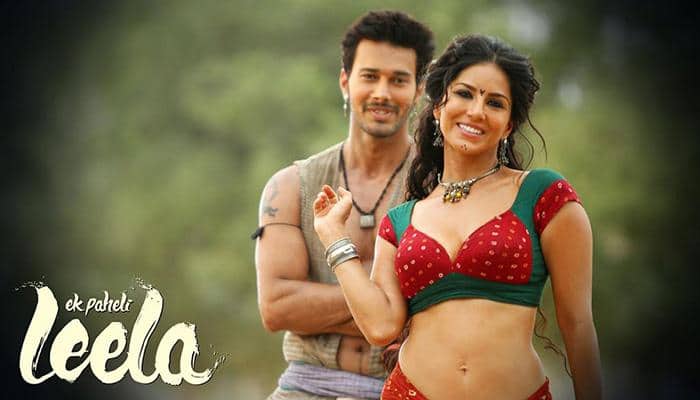 ‘Ek Paheli Leela’ is a voluptuous feast for the eyes, and I am not only referring to the film's heroine who is supremely confident in her skin. It's the aura of the film. The images splashed across the frames to represent two differences eras, are done in tastefully flamboyant colours that seem to pay a homage to the flamboyant aesthetics of Sanjay Leela Bhansali.

And just to get the Bhansali image out in the open, director Bobby Khan uses the very perky ‘Dholi taro dhol baaje’ from ‘Hum Dil De Chuke Sanam’ to spice up the proceedings.

In all honesty, just like one part of our heroine's anatomy, the audiences' interest level is never allowed to sag. The plot moves through two completely antithetical eras with surefooted steps, making sure that none of the characters trip over in their enthusiasm to inject a freneticness into the plot.

And for once, the songs do not brake the proceedings. They carpet the narrative forming an attractive tapestry of love and betrayal, as Ms Leone moves from playing Mira in London to Leela in Rajasthan.

Stunningly mounted and sumptuously narrated, "Ek Paheli Leela" is a feast for the senses. Basha Lal's camera caresses Ms Leone's assets and the sand dunes of Jaisalmer with equal affection.

Though the luscious Ms Leone dazzles in her double avatar, the question is, can she act? Well, dear friends,while the jury is still out on that one, let's just say this. Could Zeenat Aman act? Like the sex bomb of the yesteryears, Sunny Leone fills up the screen with her voluptuous presence. Curiously she looks different not only in her two avatars but also from one frame to another.

Happily her male co-stars are also largely competent. Rajniesh Duggal (his eyes exuding the innocence and adoration of Rishi Kapoor) and Rahul Dev provide powerful support.And yes, it's good to see Mohit Ahlawat return to the screen with a quiet controlled and thoughtful performance.

Jas Arora's hamming gets annoying. And the gay comic jokes featuring the veejay Andy suck. These could have easily been avoided. This film with its disarming mood of a fairtytale didn't need perverse props. It moves forward with confident steps creating a world of unabashed makebelieve.

And yes, the twist in the climax is jolting.

It may not be revolutionary in concept or path-breaking in execution. But make no mistake. ‘Ek Paheli Leela’ is the surprise of the year.