'Jazbaa' movie review: Keeps you on the edge of your seat

Aishwarya Rai Bachchan's 'Jazbaa' has hit the screens. A delectable mixture of thrill and emotion, it runs high on vivid cinematography and gripping music 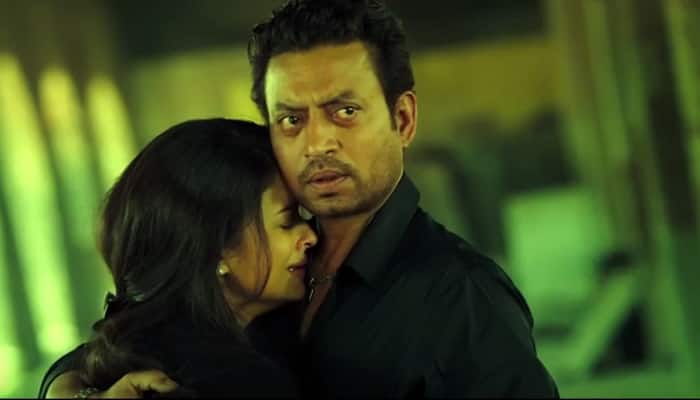 Sanjay Gupta is known for infusing a certain degree of neo-noir beauty to his films. Well, when it comes to Aishwarya Rai Bachchan's comeback thriller 'Jazbaa', it's an intoxicating mixture of pulsating drama and gripping acting.

Gupta is known for his thrillers – some of his previous movies include 'Shootout at Wadala', 'Shootout at Lokhandwala', 'Kaante', 'Musafir' and 'Dus Kahaniyaan'. In all of these movies, he had maintained a certain level of speed.

'Jazbaa', however, runs at a breakneck speed. And what's really beautiful about the movie is its quasi-neo noir effect, the brilliant screenplay, and dollops of good one-liners by Irrfan Khan.

So, the story revolves around a hard-skinned lawyer Anuradha (Aishwarya Rai Bachchan). Anuradha is known for her skills of acquitting convicts and she does it, well, sans any guilt. But, she really faces a tryst with her wisdom when she gets a call from a random man who has kidnapped her daughter (Sanaya) and wants her to acquit a rapist murderer in exchange of her daughter – in a few days of time (the story is inspired by Korean movie 'Seven Days'). She must save the convict if she wants her daughter back, no matter how morally wrong it may seem. To pursue her mission, she seeks the help of suspended cop Yohan (Irrfan Khan), who has a secret admiration for her. Shabana Azmi is the grieving mother of the daughter whose rapist murderer Anuradha is trying to save.

'Jazbaa' isn't just a tale of a kidnap-rescue plot or a mother trying to save her daughter. It is actually an uncanny tussle between two mothers fighting for their daughters. It is the in-your-face attitude you must embrace at times to face the scathing realities of life. And it is about love, too. About loving without forcing ('yeh zidd nahi mohabbat hai' – Irrfan quips softly at the climax), and loving just to be. It is about the unusual concoction of ethics and emotions.

To suffice, 'Jazbaa' is all about jazbaa. What further adds to the whole daintiness of the flick is Sameer Arya's ultra-stylized screenplay power-puffed by some vivid imagery and camera angles. It could be safely said that the soul of the movie is the style of screenplay. Add to it a synth-pop style background score and what you have before you is a two-hour long slick entertainment. This is high-paced. And this, therefore, might not be for everyone.

But for those who love thrillers, this is the one you'd be vouching for. But Jazbaa at times, overdoes the drama – maybe only at a couple of instances. Yohan was effortless and grime in a delectable way. In one of the interviews earlier Aishwarya had said that Irrfan had the capacity to fit into any role. She couldn't be more right. Irrfan's screen presence added a kind of likeable frivolity to the otherwise suspense-laced plot, that you'd wish the movie ran a bit longer.

Aishwarya – for whom the movie was more than a comeback, could make us believe that Bollywood sure misses her. The age-appropriate role was pulled off impeccably and she also showed a few action stunts.

Shabana Azmi did her part effortlessly. It seemed no one could have done it better than her. The supporting cast was, no wonder, a well-acted team. Both Jackie Shroff and Atul Kulkarni, though had small screen slot – did pretty well.

Overall, 'Jazbaa' is compelling. If it were to be served like a food, it can be said, it would be meat of the meal with its vintage-like cinematography, pace and drama. And an ensemble that lived up-to its expectation.