Kalki Koechlin is happy that she is a part of Konkona Sen Sharma's debut directorial project 'A Death In The Gunj'. 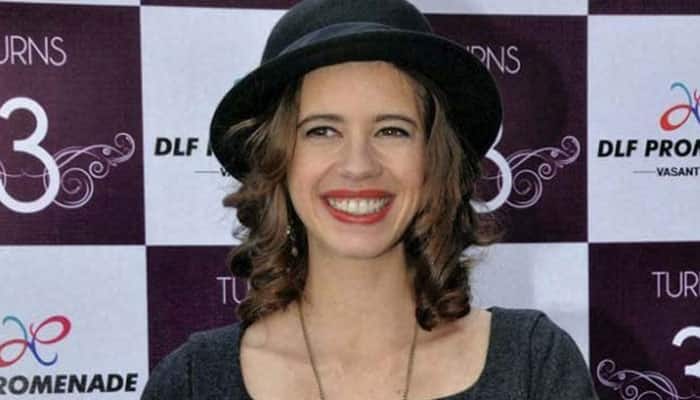 New Delhi: Kalki Koechlin is happy that she is a part of Konkona Sen Sharma's debut directorial project 'A Death In The Gunj', a coming-of-age film. Kalki, who is playing a Kolkata based Anglo-Indian, said the 'Talvar' star is extremely hard-working and she is managing everything well on the sets.

"It is her first film as a director. We have started shooting. Konkana is working really hard on everything from characters to costumes. She is also helping me a lot with the accent as I am playing an Anglo-Indian from Kolkata," Kalki told PTI.

Kalki, who was last seen in critically acclaimed disability drama 'Margarita with a Straw', recently penned down the lyrics of an online video 'The Printing Machine', where she also featured.

The actress said she wrote the lyrics for the video, which talked about the sensationalism in the media after reading a piece in the newspaper. "I wrote this piece in January 2015. Everyday, when I read newspaper I go through an article on rape, but the very next day, I just forget. Even I desensitise with an issue like this. The lines are based on this observation.

"We in our society are so inundated with such headlines that we don't even react. This video is like a wake up call. Awareness itself is the first step towards change."