It wouldn't be wrong to say that newbies - Harshvardhan Kapoor and Saiyami Kher – couldn't have got a better silver screen debut than this tight-scripted movie. 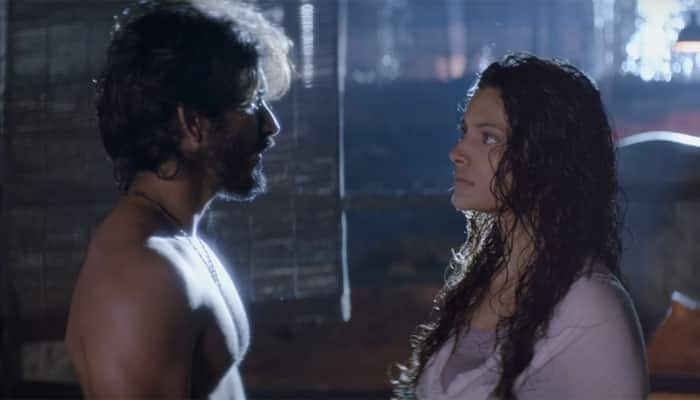 The Mirza-Sahiban love saga is till date considered to be one of India's popular tragic romantic tales. And, 'Mirzya' - a modern rendition of the unforgettable tale – has turned out to be a treat for hardcore romantics. Director Rakeysh Omprakash Mehra has made sure that the essence of Mirza-Sahiban tale doesn't fade away in the modern-day screenplay. It wouldn't be wrong to say that newbies - Harshvardhan Kapoor and Saiyami Kher – couldn't have got a better silver screen debut than this tight-scripted movie.

If you believe that films only work based on star value then 'Mirzya' will definitely change the way you think. In the flick, cinematography and music take the driver's seat. Whereas, the characters only help in building the momentum of the script. No presence of star-power has also made it easy for the filmmaker to showcase the brilliance of cinema through breathtaking camera work and splendid locations. This has also emerged as an exceptional chance for the newcomers to make an impression on the hearts of the audience. And, they did exactly the same by putting forward their best foot.

The story revolves around the childhood love of two school kids who unite after many years. But, this time, princess Suchitra (Saiyami) is not aware that horse trainer Aadil (Harshvardhan) is the same guy who used to be her bestie long time back. The plot tightens as  Suchitra's dad, who is a Police Commissioner, is all geared up to get her hitched with His Highness' son.

In terms of acting, Harshvardhan and Saiyami proved to be the ideal duo. Sometimes, even the dialogues were not required in 'Mirzya' to convey the emotions and feelings. Yes, you read that right. The story has been woven beautifully into the screenplay that it will amaze you at times. Saiyami brings a freshness to the film, while Harshvardhan makes sure that he sticks to his intense character. Together, they both have successfully flaunted their chemistry that can be rejoiced by hardcore romantics. Harshvardhan and Saiyami will surely be getting a lot of attention from filmmakers after 'Mirzya'.

The pace of the film is however concerning. And, you can't deny it. At the same time, you will feel that the slow screenplay was much needed to do justice to the script of this love ballad. This will also make a section of the audience to stay away from 'Mirzya' as the movie is not an out-and-out-entertainer.

Shankar Ehsaan Loy's music forms the backbone of the film. You will get goosebumps on hearing the hard-hitting yet soul-stirring voice of Daler Mehndi. We are without-a-doubt adding an extra star to this movie for its background score and music.

Cinematography by Pawel Dyllus is another positive of this flick. Even the VFX used are brilliantly executed. Some scenes are powerful enough to take you back in time. Believe it or not, 'Mirzya' is a visual gem.

At the end, we would just like to say that 'Mirzya' is a must watch for those who are well aware of the history of Mirza-Sahiban. For others, it can appear out to tad bit slow drama.