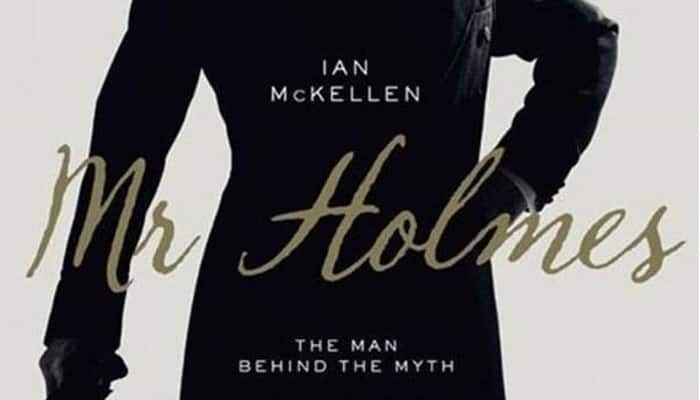 The premise of "Mr. Holmes" is about regrets and reconciliation with the past.

There is something appealing about director Bill Condon's latest film. In this slow-paced, but intriguing story set in circa 1947, he shows us a side of the great detective Sherlock Holmes that we have never seen before.

Based on the American author Mitch Cullin's 2005 novel, "A Slight Trick of the Mind", the film flawlessly captures the elderly detective in his fading glory. In this depiction, Holmes is not the sharp-witted detective that we have known him to be. Instead, he is in his twilight years, weak and dependent.

At 93, living in the south coast of England with his housekeeper Mrs. Munro and her young son Roger, he is far from retirement. While leading a solitary life, he tends to bees in the apiary in his backyard. At first glance it seems that he is leading a peaceful life, but his decision to go into seclusion had less to do with retirement and is more of a self-induced exile after his last case, thirty years ago.

Holmes now intends to write a memoir as a counterpoint to Dr. Watson's famous accounts of the mysteries solved. This forms the plot of this narration.

Unfortunately, his failing health and fading memory prove to be the obstacles. His never-give-up spirit challenges him to fight odds especially his weak memory. So with the concoction of prickly ash, royal jelly and other medicines, he gears himself to write. But ultimately it is with the help of Roger that he manages to achieve his "first foray into the world of fiction".

What makes this film brilliant is the complex and layered narrative, which has three stories that unravel simultaneously. Jeffery Hatcher's screenplay shuttles between the past and present seamlessly making the entire viewing a delightful experience.

With his sharp gaze, Ian McKellen's portrayal of the character is refreshing and he plays the part of the detective perfectly. Moreover, he is able to effortlessly alternate from the coherent, and sharp Sherlock in the flashbacks, where his younger self is solving the case for the first time, to the present, where he is frail and only a shadow of what he used to be. His physical appearance as well as emotional depiction are perfect, so much so that we can feel his plight with regard to mortality, regret and time.

He is aptly supported by Laura Linney as his house-keeper Mrs. Munro, Patrick Kennedy as his client Thomas Kelmot, Hattie Morahan as Thomas's wayward wife, Frances De La Tour as the dramatic Glass Armonica teacher with occult powers and Hiroyuki Sanada as Mr. Umezaki, his Japanese guide on an expedition to collect the potentially brain stimulating, memory-improving prickly ash from post-war Hiroshima. They all help to take the story forward.

But it is the young Milo Parker as Roger who steals the show as Sherlock's young sidekick and protector. At such a young age, he is able to hold his own with the veteran and effectively slips into the void left by Dr. Watson. He is Sherlock's true source of inspiration and recollection. His chemistry with McKellen is captivating.

Technically, with ace production quality designed by Martin Childs, the visuals are brilliantly captured by director of photography, Tobias Schliessler. His frames are intelligently and seamlessly layered with Carter Burwell's music by Virginia Katz.

Overall "Mr. Holmes" is a must see for all Sherlock Holmes aficionados.

Sandra Bullock's 'Our Brand Is Crisis' to release in October