Swara plays Chanda, who dreams of getting her only daughter educated and later gets herself enrolled in school to complete her education. 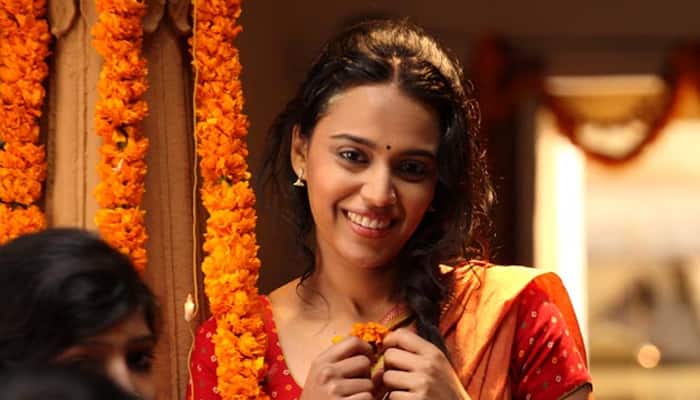 New Delhi: Swara Bhaskar is getting rave reviews for her outing as a mother of a teenager in education drama "Nil Battey Sannata" but the actress reveals her industry friends advised her not to take up the role as they felt it was a "career suicide".

Swara plays Chanda, who dreams of getting her only daughter educated and later gets herself enrolled in school to complete her education.

"It was a rocking script and a great role and I knew I would be an idiot to turn it away. I spoke to a few friends and they said it was a career suicide but the story stayed in my mind," Swara told PTI.

"I felt that if I don't do it I would be lesser of an actor. I was very excited to play a maid and a mother, two roles I am not acquainted with at all," the actress said. The film has been helmed by debutant director Ashwini Iyer Tiwari and produced by Aanand L Rai.

Swara says, in the beginning, even she was a little skeptic about taking up the role as she wasn't ready to play a mother on screen too soon in her career.

"Ashwini offered me the film. I met her and first I assumed I had to play the 15-year-old girl and I was very pleased with myself but she told me that she wanted to cast me as a mother. I took that on my ego... I asked to myself, 'Do I look like a mother to her?'. That meeting ended rapidly. I told her I will let her know after reading the script. I began reading the script with the intention of saying no. But then realised the importance of the role later," she said.

To get into the skin of her character, Swara spent time with a few domestic helps from Agra, where the film is set. "I lived with a lot of maids and interviewed them. I even interviewed my own maid and used to make her say my dialogues so that I get a hang of their accent and the way they speak... To get the motherly affection right, Ashwini asked me to interview my mother,"she added.

The actress says her anxiety regarding ageing drastically reduced after doing the film.

"The biggest takeaway from playing Chanda was very weird... It wasn't something I expected. As women and as female actors we are always worried about ageing, about white hair, approaching 30... We think we can't get married as we feel it will affect our career and we can't even think of kids as that will finish our career," she further said.